Engadget’s Jessica Conditt sat down with Terrible Posture Games’ founder Joe Mirabello and technical director Chris Zukowski, interviewing them about 3 out of 10, the episodic playable sitcom about life at the world’s worst game development studio. Regarding 3 out of 10’s concept, Mirabello had this to say: “The whole thing is actually a love letter to the game industry,” Mirabello said. […] 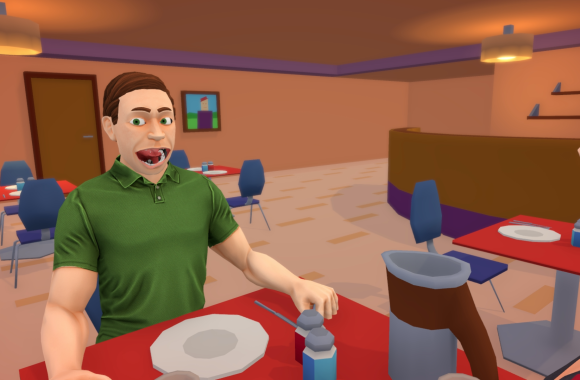 Engadget recently shared their GDC hands-on experience with Affable Games‘ Speaking Simulator, an awkwardly hilarious physics game where an android struggles to appear human by flopping its lips and tongue around. Andrew Tarantola gave us his impressions on some of the in-game antics: I was afforded a quick demo of the game during [GDC] 2019 and absolutely […] 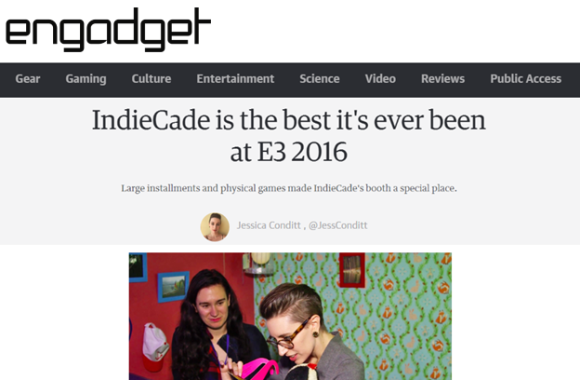 IndieCade was a hub of activity at E3 2016, offering up a wide variety of games to play. Engadget’s Jessica Conditt stopped by the booth to check out some of the titles available including Magic Dance Mirror and Beautiful Corner. To view the full article, please visit: https://www.engadget.com/2016/06/17/indiecade-e3-video/ 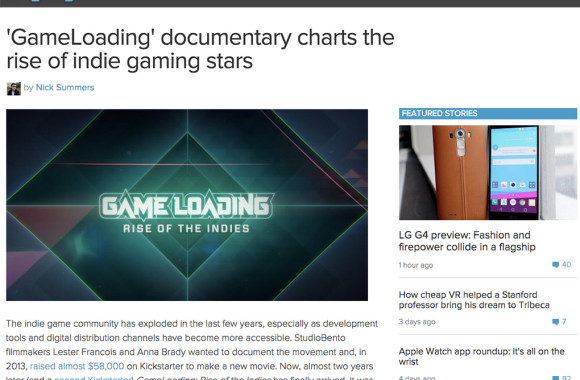 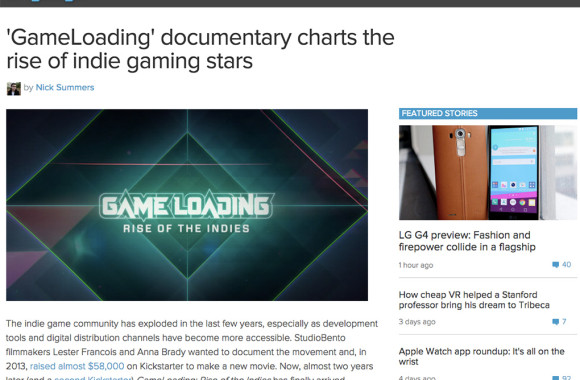 The Kickstarter-funded indie game documentary GameLoading: Rise of the Indies was recently released on Steam, iTunes, PSN, Xbox Live and gameloading.tv, as reported by Nick Summers at Engadget.  The film tracks the rise of indie game development and features interviews with game developers including Rami Ismail and John Romero. To read the full article, visit http://www.engadget.com/2015/04/22/gameloading-indie-documentary/?ncid=rss_truncated