Vogelsap recently announced the upcoming release of The Flock on PC in Q3 2015. Samit Sarkar at Polygon spoke to Jeroen van Hasselt, creative director, Vogelsap, about how the team made the decision to develop an online multiplayer game with a definite ending.  After enough players die to drive the in-game population counter to zero, Vogelsap will remove The Flock from the Steam store and only those who already own the game will be able to take part in the finale, after which The Flock will go offline for good. 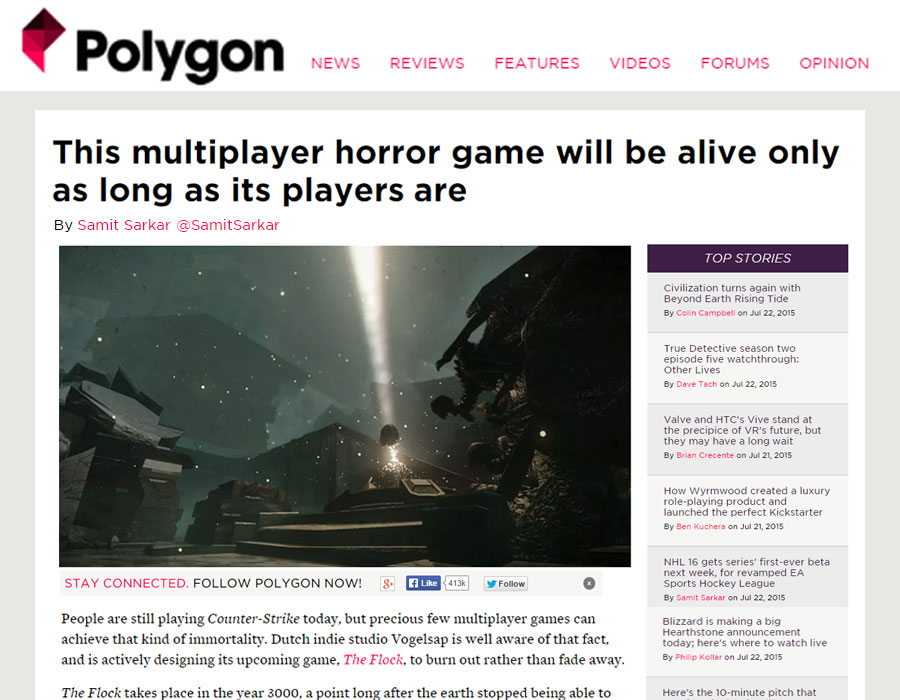