Players explore dangerous distant planets to gather soup-making resources, then build factories to make and deliver their delicious creations to soup-loving aliens across the galaxy, all while competing against cutthroat rival soup companies and defending against attacks. 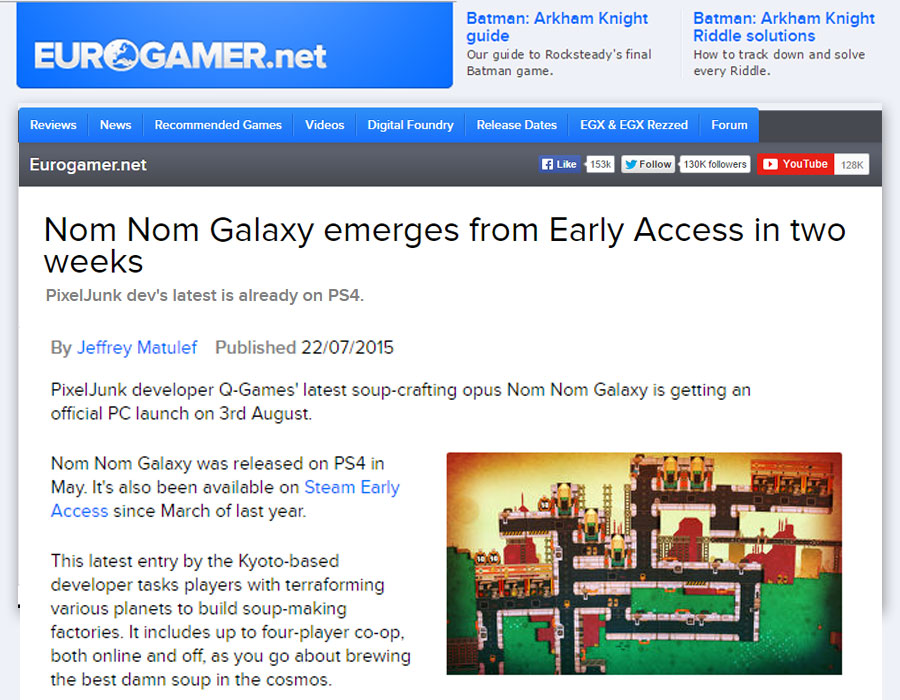