Mike Fahey of Kotaku streamed League of Geeks’ fantasy tabletop game, Armello, playing a full round against the game’s AI opponents.
In Armello, players enter a vibrant magical world tinged with darkness and fight to seize the mad lion king’s throne before he brings the kingdom to ruin. Up to four players take turns traveling around the board completing quests, escaping traps, and engaging in combat with the goal of being the first to fulfill one of four victory conditions to win the game.
To view the article and watch the stream, please visit: http://bit.ly/1VRJTAz 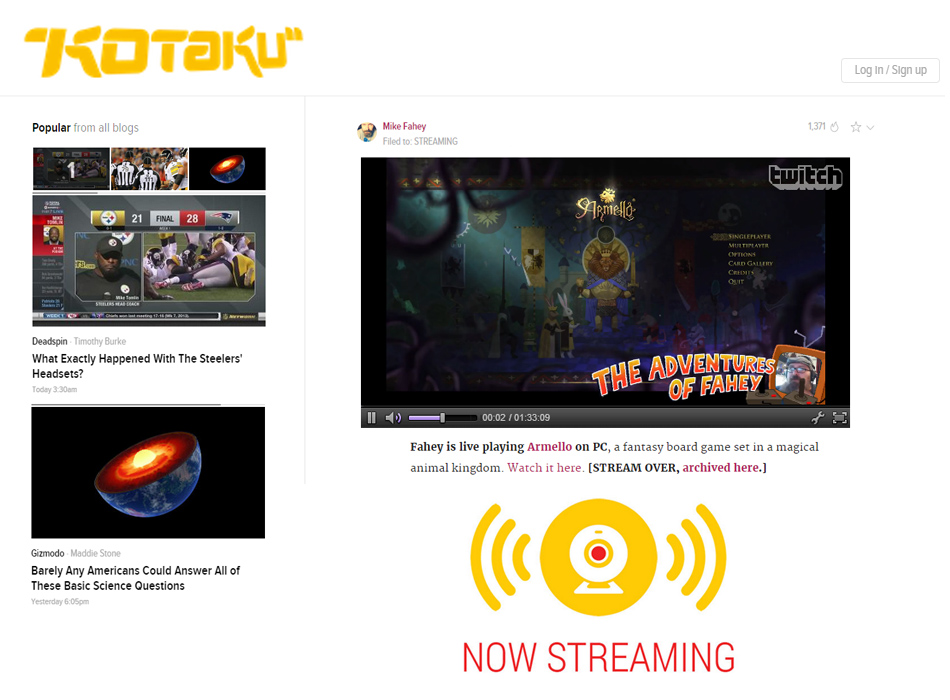