In her article regarding the launch of League of Geek’s fantasy tabletop game come to life, Armello, Alice O’Connor of Rock Paper Shotgun breaks down the basics of Armello‘s gameplay. Describing it as a game where up to four players compete for the throne as the king slowly dies. Players take turns traveling around a world map, completing quests, raising funds, gaining equipment, all while trying to impede upon the progress of their rivals. 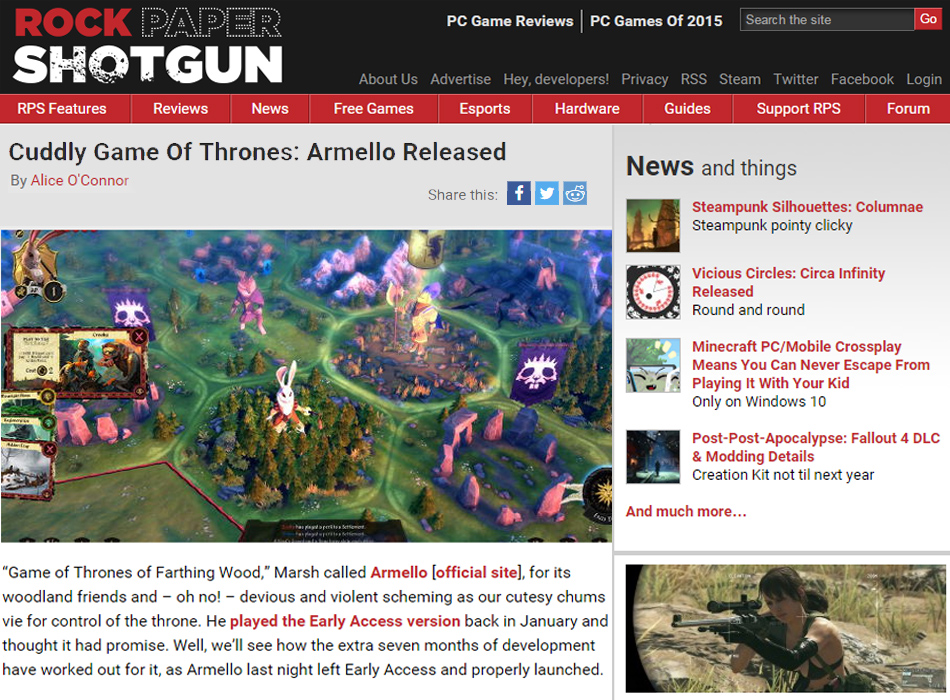