Tom Christiansen of GameZebo Calls Ski Safari 2 a “Downhill Delight,” In His Review

In his review of Ski Safari 2, Tom Christiansen praises the game, calling it a “Downhill Delight,” as well as saying that the game is “basically everything you love about traditional mobile gaming distilled into a single title.”

Ski Safari 2 is the sequel to the smash hit Ski Safari, which was downloaded more than 140 million times across the world. The sequel adds a new female playable character and features more than a dozen vehicles and animals to ride with. 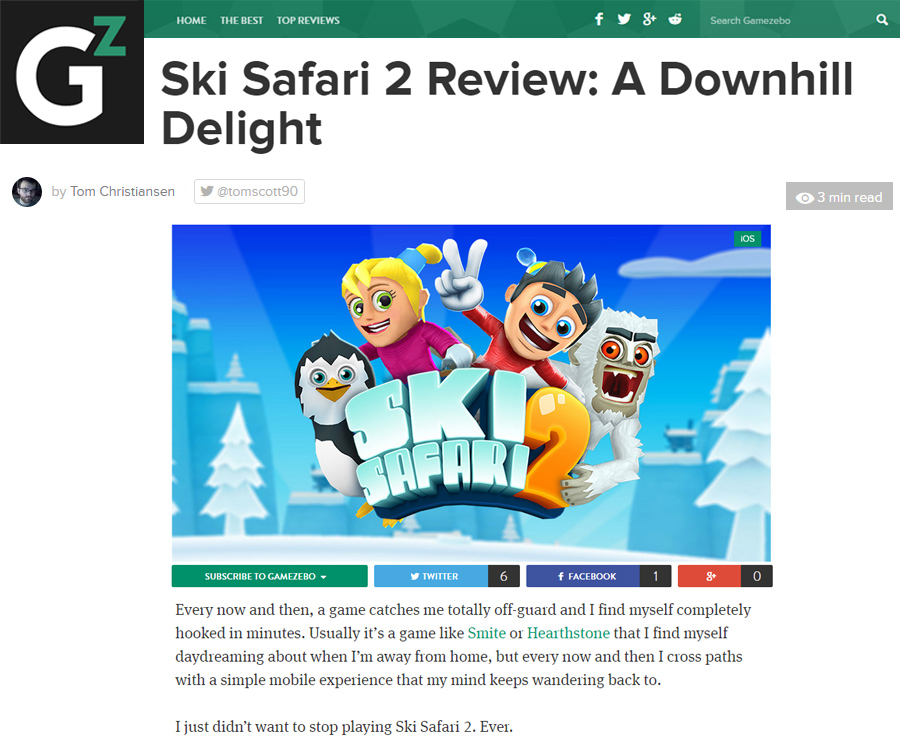