Warhammer 40,000: Dark Nexus Arena, a MOBA/twin-stick shooter hybrid, is set to to arrive on Steam Early Access on December 9, as reported by Andy Chalk of PC Gamer. Dark Nexus Arenadifferentiates itself from the typical MOBA with its open battlefield, a lack of lanes and towers, a skill-shot based control scheme and dodge mechanics that make it feel like a shooter, while having the depth and character progression of a MOBA.
To read the full article, please visit: http://www.pcgamer.com/warhammer-40k-moba-dark-nexus-arena-hits-early-access-next-month/ 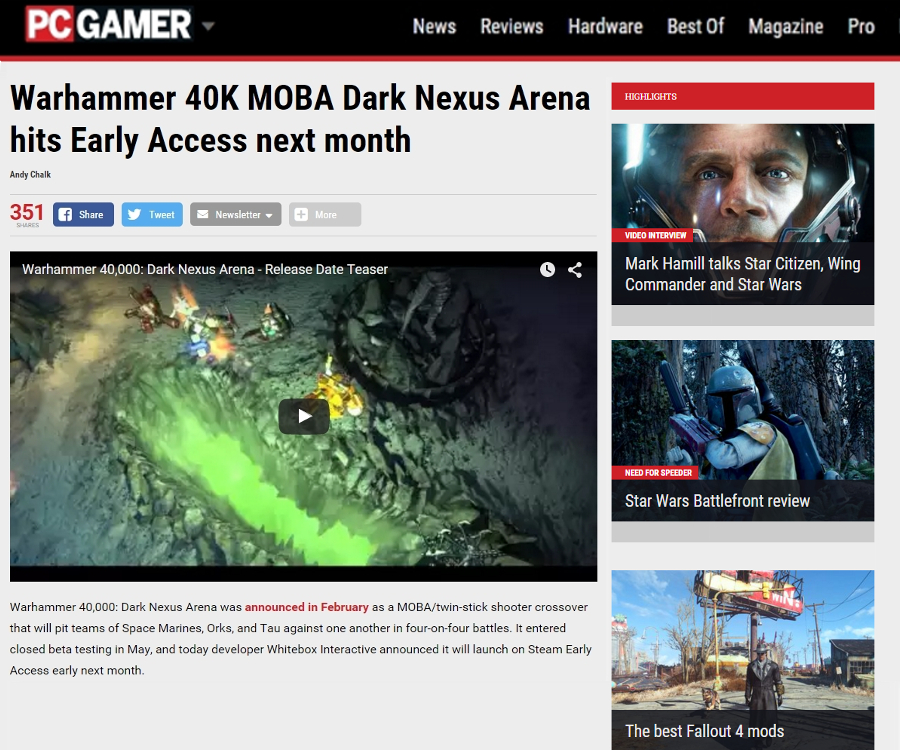