Codex Worlds, a studio comprised of former Ubisoft developers, will release their first title, Infinium Strike for Xbox One and PC in Q2 2016.

The Kickstarter-funded strategy action title takes place hundreds of years in the future during an intergalactic war between humanity and the Wrog, a race of sentient alien ships that will stop at nothing until mankind is exterminated.

To read the full article go to: http://www.vgchartz.com/article/262709/infinium-strike-coming-to-xbox-one/ 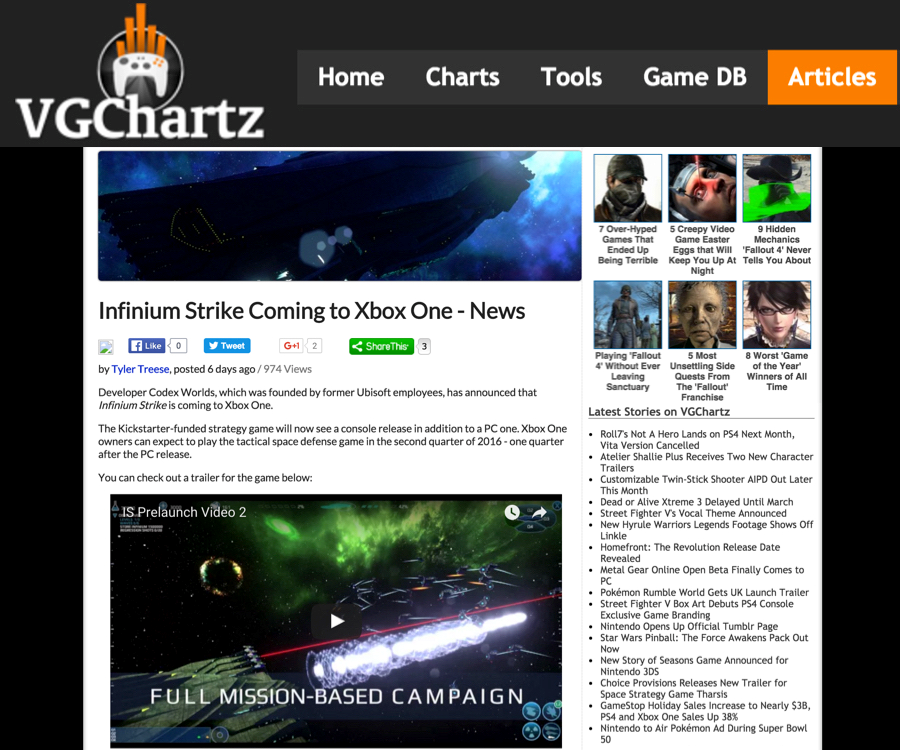