Natalie Collazo of Hardcore Gamer covered the announcement that Hand of Fate 2, Defiant Development’s sequel to their action RPG with more than 2 million downloads, will release on Xbox One in early 2017. The game builds on the foundation from the first, while introducing new elements including companions and dual-wielding weapons. 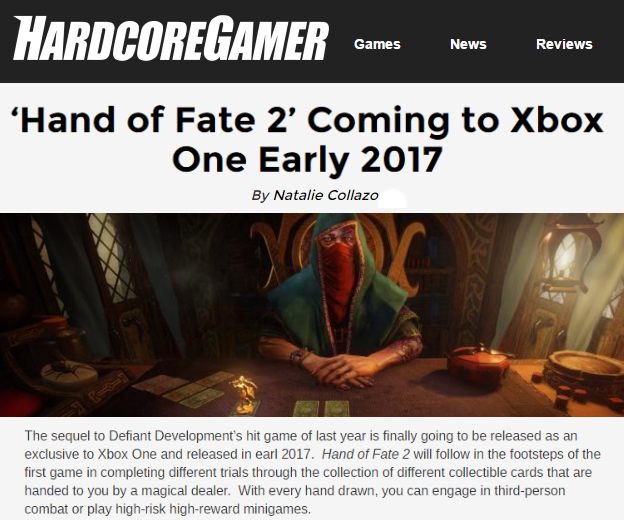