“What they’ve put together on one man’s budget is impressive, and the idea of a never-ending wargame of four empires is enticing,” says Bill Murphy of MMORPG.com after chatting with Rob Simyar, the creator of Space Wars: Interstellar Empires, at PAX West.

Space Wars: Interstellar Empires is a turn-based tactical strategy MMO where players will join one of four distinctive factions as they battle to gain control of the universe.

Space Wars: Interstellar will be coming to early access in Q1 2017. 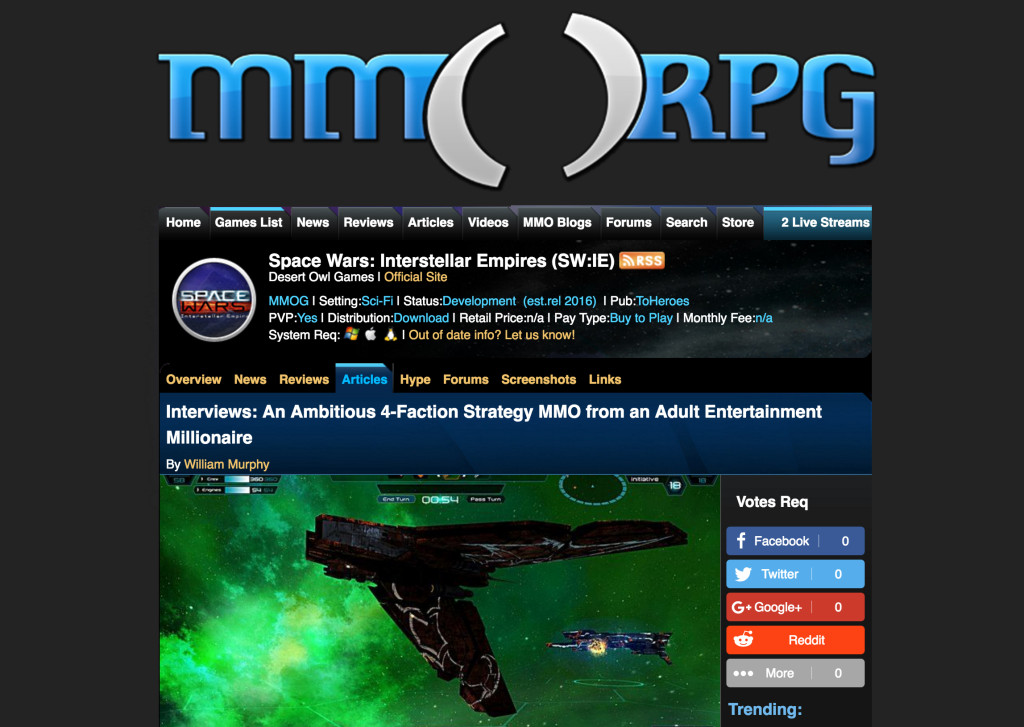