Pocket Gamer’s Cameron Bald radioed in from the vast reaches of space with an important update: Subdivision Infinity DX, the gorgeous and pulse-pounding sci-fi 3D space shooter from developer Mistfly Games and publisher Blowfish Studios, sets sail for the stars August 8, 2019 on Nintendo Switch, PlayStation 4, Xbox One, and Windows PC.

Cameron was eager to share the bounties of space, including eye-popping graphics and an epic sense of adventure:

Subdivision Infinity DX is a deeply immersive, pulse-pounding sci-fi shooter from the team over at Mistfly Games. . . . This one boasts some pretty impressive visuals, especially for Switch, with over 40 story missions to blast your way through and even side missions that are said to span across several diverse star systems. . . . If the gameplay and screenshots are to be believed, this could be one of the Switch’s best-looking games, and the fact that it’s a huge space-based mystery adventure is just the cherry on top. 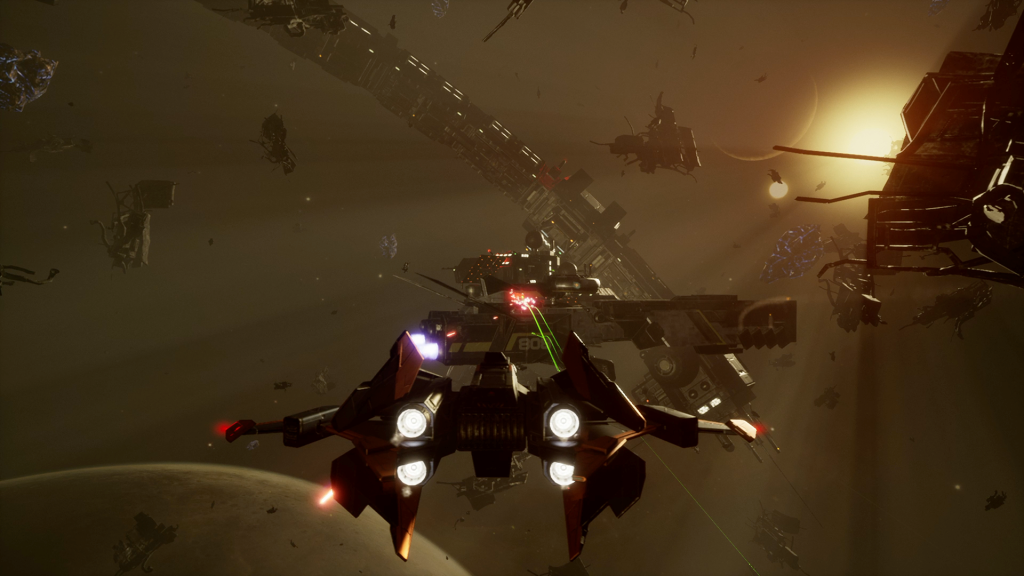