PC Gamer’s Lauren Morton raised the alarm to let us know POSTAL 4: No Regerts, an over-the-top comedic first-person shooter and the next entry in Running With Scissors’ classic franchise enjoyed by millions, is now playable on Steam Early Access.

As Lauren explains, fans can rain down mayhem with the Postal Dude with a selection of errands from the final game:

The sandbox FPS will take place in the open-world town of Edensin where the Postal Dude spends five days (similar to previous Postal games) checking off errands from his list of nasty deeds. . . . The Early Access version of Postal 4 so far only features the Monday list of errands to complete. The first day serves partly as a tutorial to introduce Postal 4’s range of weapons and misdeeds. The “Early Access” section of Postal 4’s Steam page is lengthy, detailing a laundry-list of features yet to come. Still to check off Running With Scissors’ own errand list of additions to the game are side errands, routines and reactions for NPC bystanders, police enforcement, and co-op.

Set across five days, POSTAL 4: No Regerts tasks the Postal Dude with a host of ways to make an honest and dishonest living in Edensin. 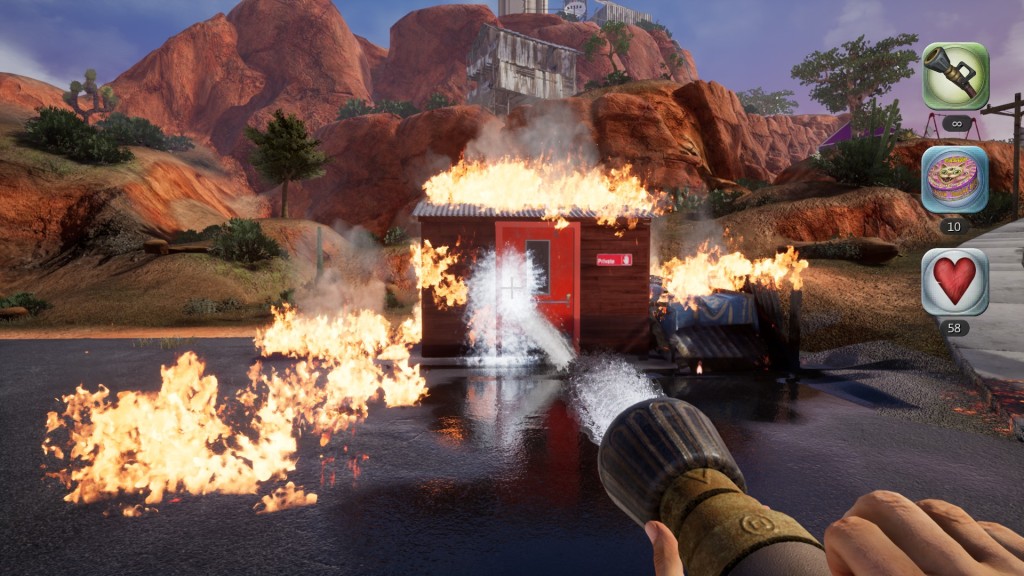