PC Gamer’s Rick Lane waxed poetic over the beauty of an awesome shotgun and the makings of a great FPS in his coverage of WRATH: Aeon of Ruin, the dark fantasy horror FPS powered by the original Quake engine from publishers 3D Realms and 1C Entertainment and developer KillPixel Games. Lane got a taste of the retro-inspired shooter with its recent release on Steam Early Access, where he was able to blast through the “dark maze of stony catacombs” in a “breath-taking bit of old-school level design.”

Whilst delving into all aspects of the two levels currently available, the variety of ways to destroy oncoming hordes of monsters stood out among the gore.

The litmus test of a good shooter is always the shotgun. The crack. The kick. The splatter. At its best, a good shotgun is enough to make a person weep from the eyes, or the chest if they happen to be at the business end.

Aside from the overpowered Retcher, the guns on show feel great. I’ve made my affection for the shotgun clear enough, but my true favourite is the Fang Launcher, a delightfully twisted homage to Quake’s Nailgun that eats ammo with disgusting efficiency. Enemies are equally fun to blast. I particularly like the cyst-coloured fellows who explode in an astonishingly gross fashion when killed. Wrath even makes its floating enemies fun to fight, including a terrifying Cerberus-like creature that charges you with three-sets of jagged teeth. 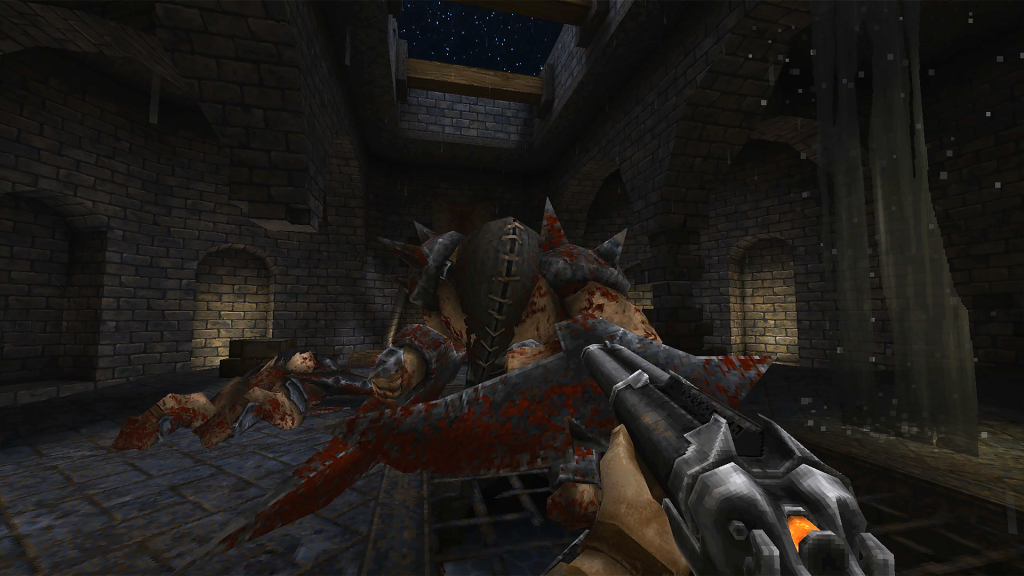