Game Watcher reported details of the Steam 1.0 release of Darksburg, the cooperative zombie survival action game from Shiro Games, slashing the dead on PC on September 23. Author Bogdan Robert Mateș’ article lists many of the game’s new additions ahead of the full launch and the unlockable perks players can snag during playtime.

What started off as a more traditional co-op action game that featured four characters ranging from an aggressive werewolf to a vengeful warrior nun has stepped into rogue-lite territory with the addition of its Outbreak mode. 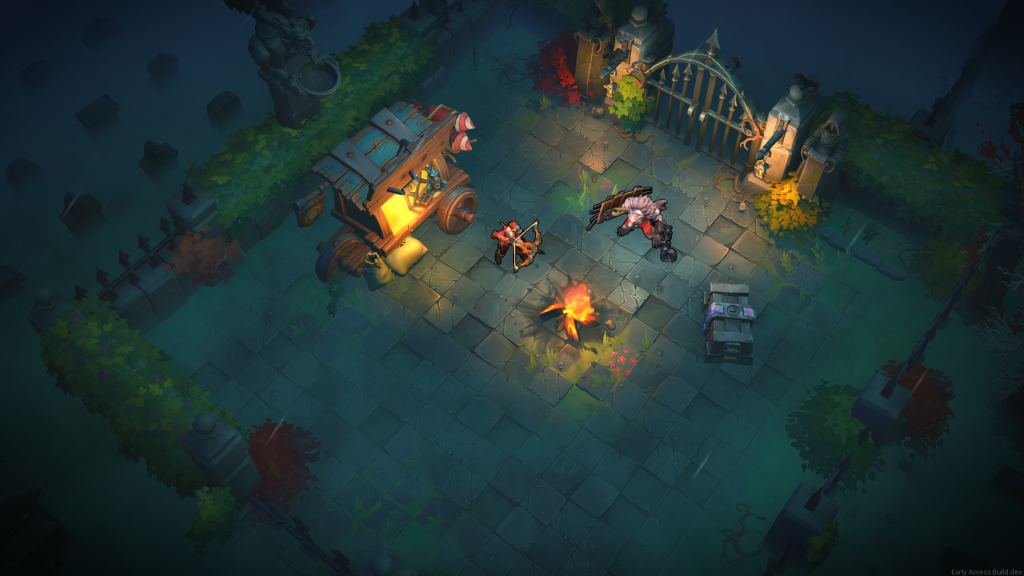 To read the full article, visit the Game Watcher website. To learn more, visit the Darksburg official site and follow @ShiroGames and @Darksburg on Twitter. The game will be available on Steam for Windows PC on September 23 for $19.99/€19.99/£17.99.