Above and Beyond Technologies 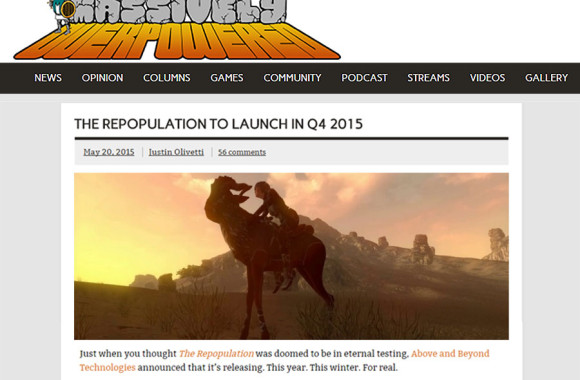 Above and Beyond Technologies recently announced their sci-fi sandbox MMO The Repopulation will be coming to PC in Q4 2015.  Justin Olivetti at MassivelyOP reported the announcement and expressed anticipation for the release this winter. To read the full article, visit http://massivelyop.com/2015/05/20/the-repopulation-to-launch-in-q4-2015/