Game Informer’s Dan Tack sat down with Penny Arcade legend and PAX Co-Founder Jerry Holkins at this year’s PAX West; from his favorite video games, developers and game designers, to the phenomenon and ever evolving nature of PAX, and his role within it, Holkins shed light on what he sees are the games industry’s best, worst, and most exciting developments in recent years.

Q: What’s the coolest thing that’s happened in gaming in the last 10 years?

A: “Generally agreed upon things would be something like VR. But I don’t think it’s one of the coolest things that’s happened because it would have greater penetration…what I like about games at their best for me are sort of a medium of communication…I would have to say mobile.”

“I think if you want to talk about the framework or the innovation that’s allowed more people to engage with the medium, we have to say it. These things all fold back over themselves. Like the Switch would not exist if mobile gaming hadn’t existed, and the Switch is my favorite console ever.”

You can read more of Game Informer’s interview with Jerry Holkins by visiting their website. 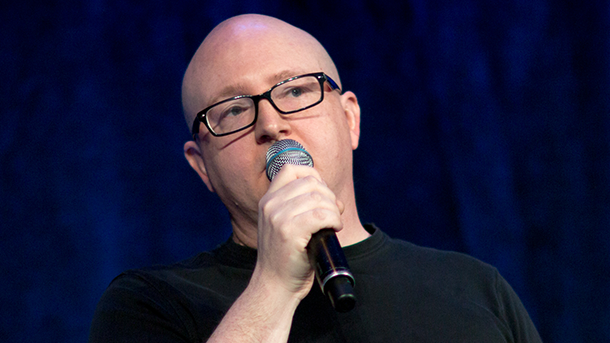