Polygon’s Owen S. Good reported one of the biggest stories to come from MomoCon 2019, the largest event in the southeast United States for fans of video games, animation, cosplay, comics and tabletop games. Travis Strikes Again: No More Heroes, from acclaimed developer Suda51 and Grasshopper Manufacture, will touch down soon on PlayStation 4 and Steam for PC. Suda51 announced the news at his MomoCon panel on Saturday, May 25:

For those not familiar with Travis Touchdown’s canon, the setup of Travis Strikes Again can sound downright weird, but here we go anyway: The otaku protagonist Travis is in seclusion somewhere in Texas when Badman, a retired baseball player assassin, comes looking for revenge. The two are sucked, Tron-style, into a video game console that was canceled before it launched. The two duke it out across six games inside the console, replete with references to real games.

MomoCon is a fan convention held in Atlanta, celebrating video games, comics, anime, board games and just about everything in geek pop culture.

MomoCon 2019 was the most attended in the show’s history, with more than 39,000 gamers, animation fans, and cosplayers filling the Georgia World Congress Center for the largest gaming convention in the Southeast United States. Registration for MomoCon 2020, taking place May 21 – May 24, is now open. For more on the show, check out the official website and connect with MomoCon on Twitter, Facebook, and YouTube. 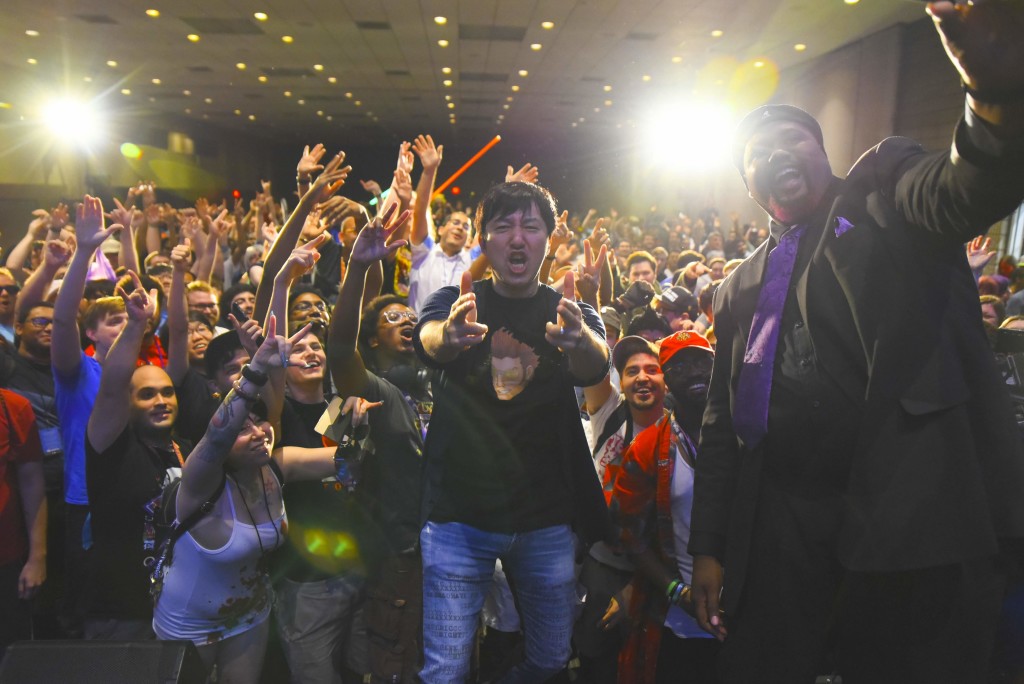