Controls are simple, primarily because the songs you’ll play with them very often aren’t. Most notes are red or blue dots, asking you only to have the matching colour on the disk lined up with them as they meet you on the track. Some notes require you to tap a button at the same time as lining up the colour. Longer notes have you holding that button and tracing waving lines across the track. And then there are those lovely spins, where you drag your mouse or flick a controller stick to send the disc whirling.

Like all truly excellent rhythm games, stepping up a difficulty level doesn’t just increase the complexity, but throws in a whole new note type in the form of the beat bar (played with spacebar on a keyboard, shoulder button on a controller). Just like Guitar Hero’s orange note, having this dropped into a now-familiar mix of inputs will completely throw you at first, and force you to make it second nature all over again.

It’s a control set designed to be easily digestible, but almost never easy in practice. You’ll realise, very quickly, that Spin Rhythm demands you get to grips with it almost immediately, its songs – almost all upbeat EDM cuts – turning the note track into a maze of blue and red symbols, something like bizarro vertical sheet music. In its PC form, all of that’s achievable with either mouse-and-keyboard (better for minor precision and quick shifts in position), or controller (better for spins and taps), but its best control method is something less familiar. 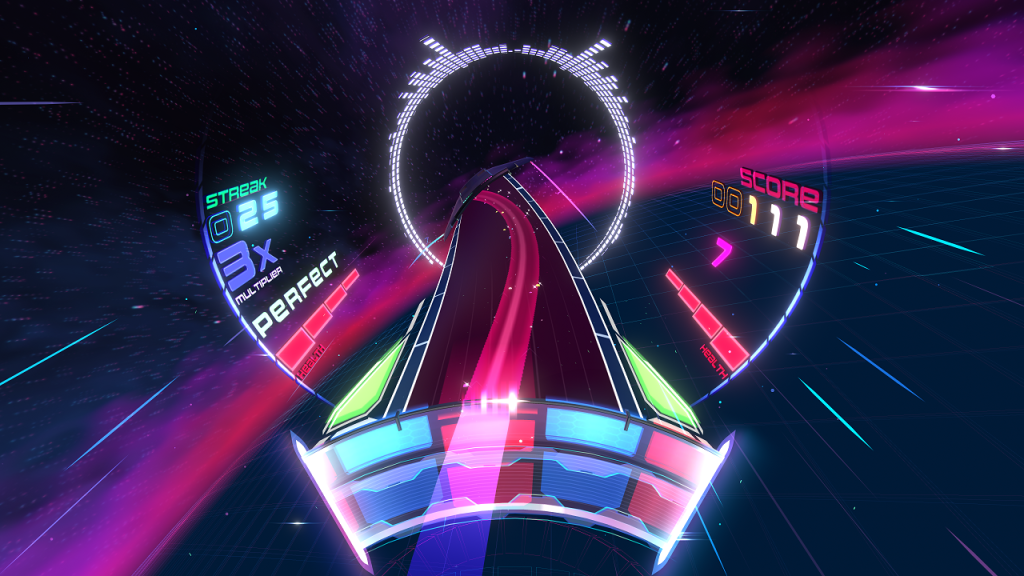 Spin Rhythm XD is in early access and available now on Steam, with a Nintendo Switch release planned for 2020. For more information, visit the game’s official website and read IGN’s complete preview coverage.