Screen Rant’s Leo Faierman dove 300 years into the future and equipped their PSVR headset to review ALTDEUS: Beyond Chronos, the sci-fi, anime-style adventure with a twisting narrative and difficult choices, VR industry veterans MyDearest Inc. awarding the top-rated Oculus Store title and winner of the 2020 Famitsu Dengeki Award a 4 out of 5 star score.

The “virtual reality visual novel” is an almost cumbersome description, but the new PS VR version of ALTDEUS: Beyond Chronos clearly wants to champion this highly specific genre. With deceptive depth, a high level of polish, and some impressive high-concept immersion, this far-reaching port stakes a strong argument for stories told in this manner. There are more complicated or experimental visual novels and others which are quicker at yoking player attention, but ALTDEUS’ blend of high-concept storytelling with familiar anime tropes in a VR wrapper sticks the landing.

Many character designs and qualities point to some of anime’s greats, but their personalities eventually become more than just homages. Voice acting is on the higher end of the spectrum, with only a few sleepier-sounding characters, and Chloe’s sullen, breathy speech eventually endearing into an acquired taste. In addition, the game features a phenomenal soundtrack with catchy harmonies and rousing themes – the “real” title intro is a triumph.

Telling too much of ALTDEUS: Beyond Chronos’ story would compromise what it’s really trying to do, but this isn’t to imply that it’s reliant on some sort of obligatory Shyamalan twist. No, like the best visual novels, it remains focused on its character growth, and unveils its secrets and motives with time. For someone with even a light taste for anime who may not normally take to visual novels,ALTDEUS: Beyond Chronos should make them a believer. 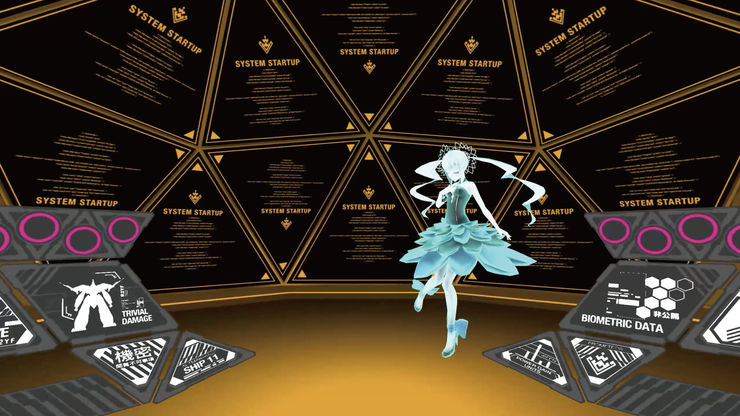