Adweek’s Brandy Shaul shares some of the game mechanics in Kubo: A Samurai Quest; a mobile game based on the film Kubo and the Two String.

Players embark on quests filled with magical battles, fierce warriors and ferocious monsters.  Kubo trains for battle, collects different elemental origami animals used to combat the forces of evil, plays musical instruments to raise the spirits of downtrodden villagers and escapes the evil twin sisters that pursue him – all via an intuitive match-3 control scheme.

Kubo: A Samurai Quest is available on iOS and Android. 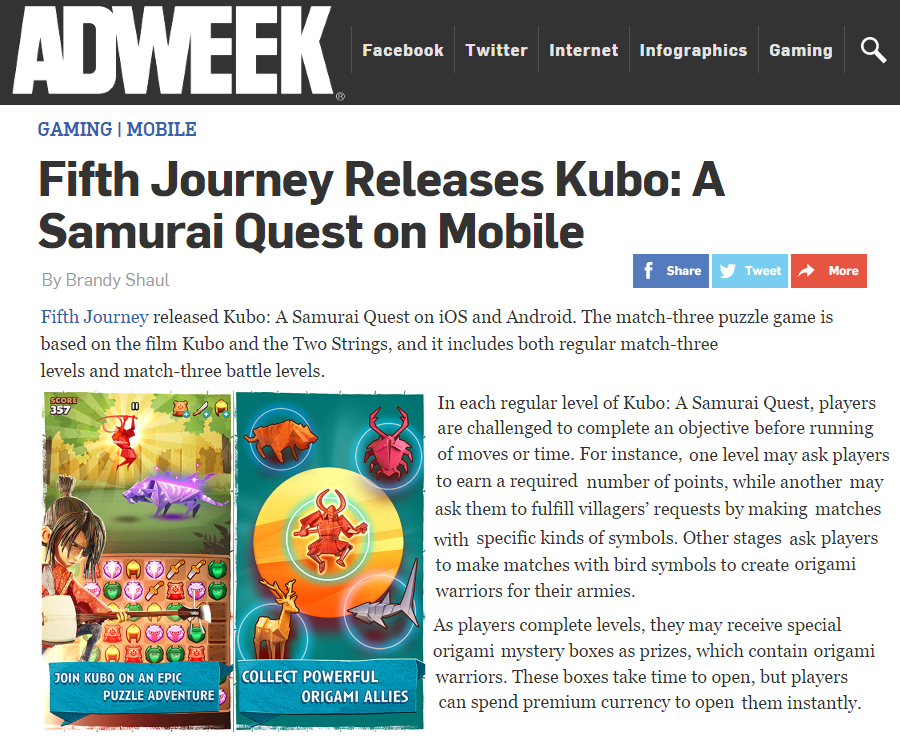