“Tahira had me on a rollercoaster of emotions throughout my playthrough. At times, I felt amazing and badass for some of the tactics I pulled off,” said Patrick Hancock of Destructoid in his review of Tahira, a tactical turn-based adventure game, from Whale Hammer Games.

The story follows Princess Tahira in her valiant effort to save her people from the genocidal Astral Empire. Guerrilla warfare tactics, using the surrounding terrain, and strategically planned ambushes are executed with the princess and her up to 20-man army to push the Astral Empire back and bring peace back to her land.

To read the full review: https://www.destructoid.com/review-tahira-echoes-of-the-astral-empire-385891.phtml 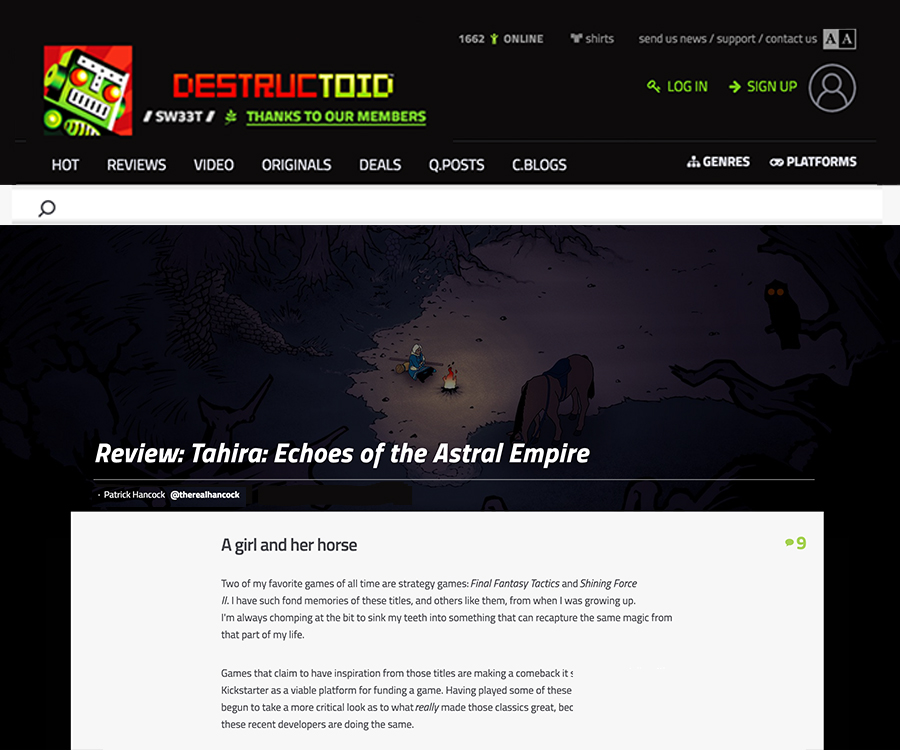