Austin Wood of PC Gamer found himself recalling childhood fears when he saw Sleep Tight, We Are Fuzzy’s twin-stick shooter with tower defense elements about children fighting off the literal monsters hiding under their beds.

As a kid, I made a habit of jumping into my bed from as far away as possible, lest the monsters lying in wait underneath grabbed me by the ankles if I climbed in like a normal human being. With base defense shooter Sleep Tight, We Are Fuzzy is trying to leverage that silly, youthful fear, that battle between children and their imaginations. Only in Sleep Tight, the monsters are very real.

Wood noted that “there’s something very Monsters Inc. about Sleep Tight, and that’s very much by design” since “Pixar films were among the art’s major inspirations.”

Sleep Tight is coming to PC and Nintendo Switch in 2018. 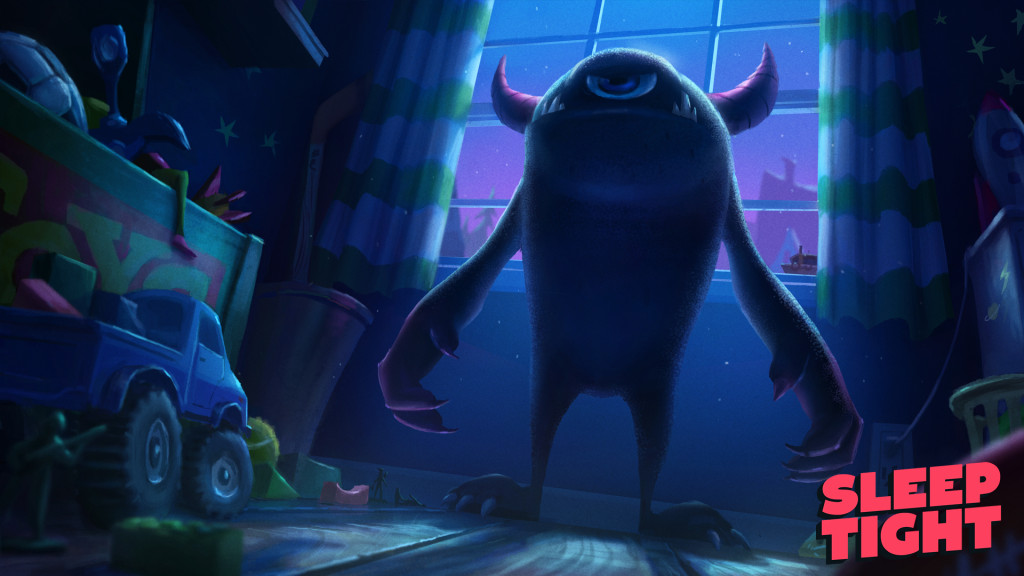