Austin pointed out 20XX’s place in the Mega Man fandom, explaining how it “filled the void created by the disappointment” of games prior. He went on to explain Hawk and her place in the game.

Hawk joins ranged fighter Nina and melee powerhouse Ace. She wields an energy whip that replenishes the fuel that powers her abilities, so it sounds like she rewards and encourages aggressive play.

20XX is available on Steam for $14.99, while the Hawk DLC is available now for $2.99. Check out more details on 20XX over at Fire Hose Games and Batterystaple Games. 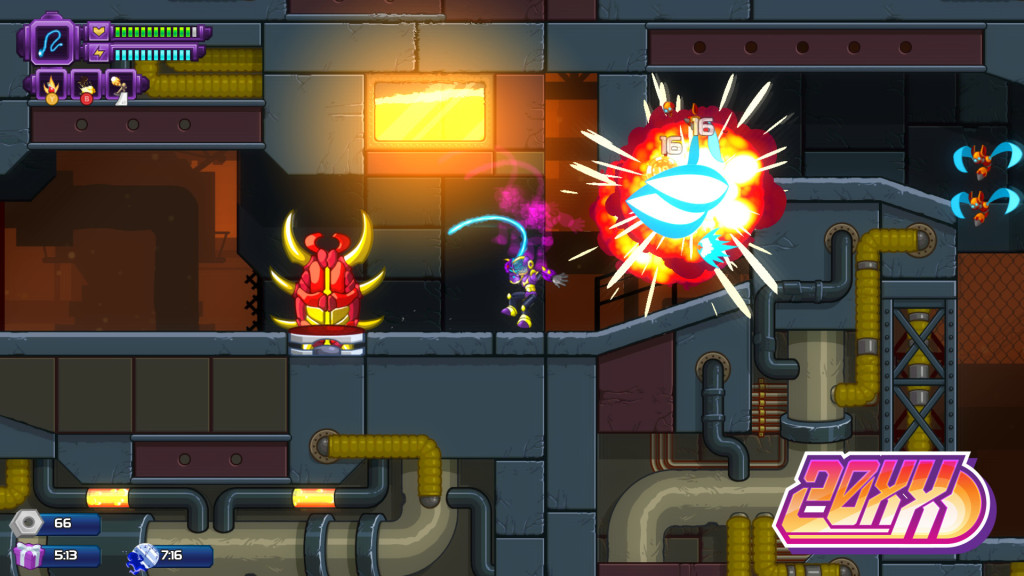