Plunkett specifically mentioned that “unlike a load of modern games that are built to look like they’re using old tech, [Ion Maiden] actually is: it’s built on the Build Engine, which ran everything from Duke Nukem 3D to Shadow Warrior.” Voidpoint has modified the engine to have a wider range of available colors and more environmental interaction, but it’s the same ol’ engine from the ’90s! Plunkett also detailed Ion Maiden‘s unconventional use of Steam Early Access:

The way it’s going through Early Access is a bit different; instead of releasing whole parts of the game then improving them, Ion Maiden is releasing an intro campaign that’s “a fully finalized and polished product”, then adding stages to the campaign as the year goes on.

Ion Maiden is available via Steam Early Access for $19.99 and will fully release later this year. 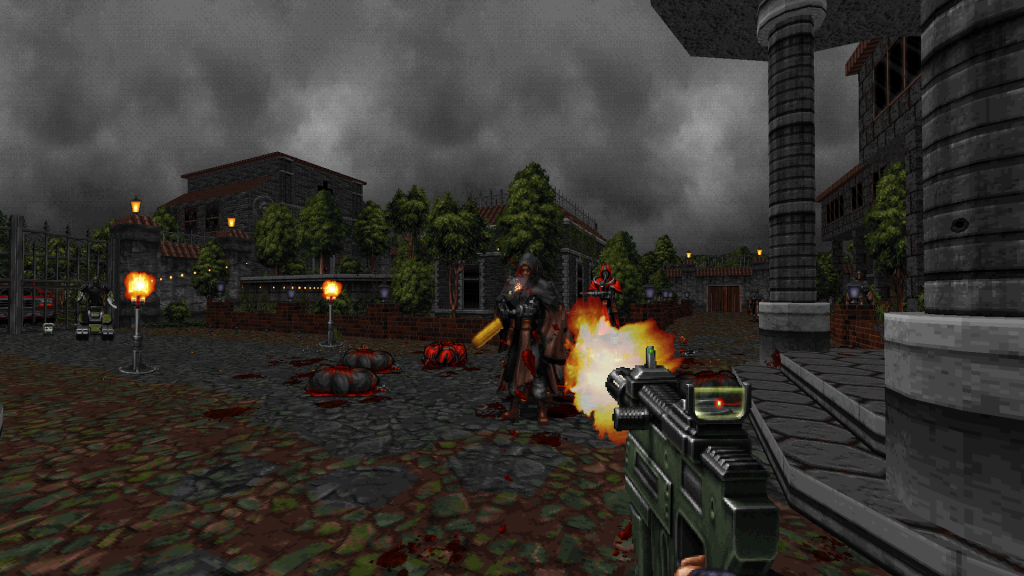