The arcade game Killer Queen first debuted in 2013, and has become a popular stand-up arcade cabinet and in the competitive circuit. Killer Queen Black is the name given to its console versions, and Liquid Bit boasts that this version includes a tutorial, spectate mode, stat tracker, and ranked, unranked, and custom online modes. You can play locally with up to 4 players, or 8 players by connecting to Switch systems. It will also sport online cross-play with the PC and Xbox One versions once they launch. 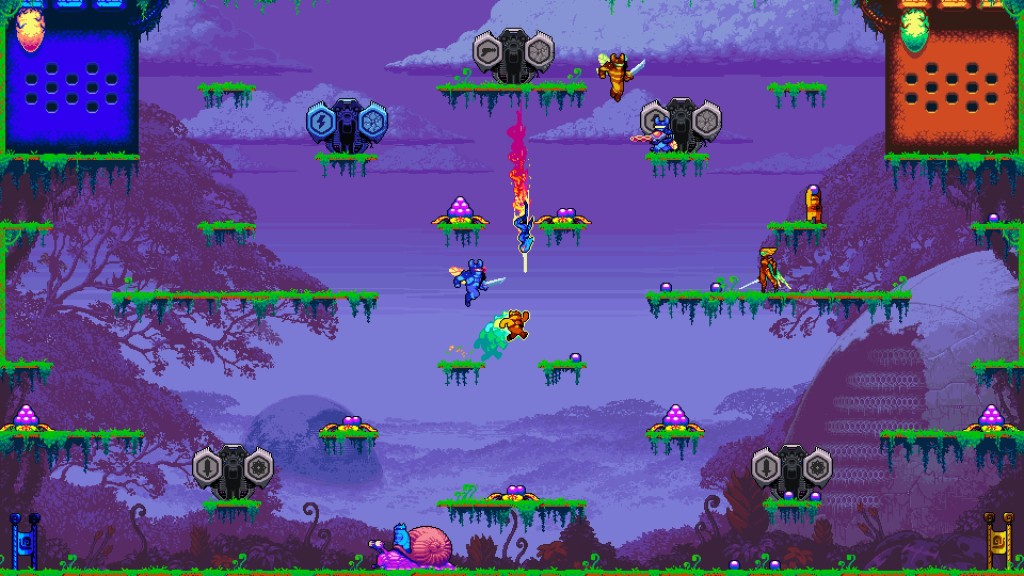 Killer Queen Black lands on Nintendo Switch and PC via Steam and the Humble Store on Oct. 11, 2019.  For more information, please visit the game’s official website and check out GameSpot’s complete coverage.