Kart racing fans would be wise to start revving their engines and put their racing goggles on, because Crunchyroll recently reported that Gensou SkyDrift, the spell-slinging tag-team racer from Sony Music Entertainment (Japan)’s publishing label UNTIES and former Mario Kart developers at illuCalab, hits Nintendo Switch and Steam for Windows PC on Dec. 12.

Gensou SkyDrift, the Touhou Project racing game, will be launched on December 12 on Nintendo Switch and PC via Steam at the price of $23.99 / 21.99 euros, with its PlayStation 4 launch dated for the first quarter of 2020. 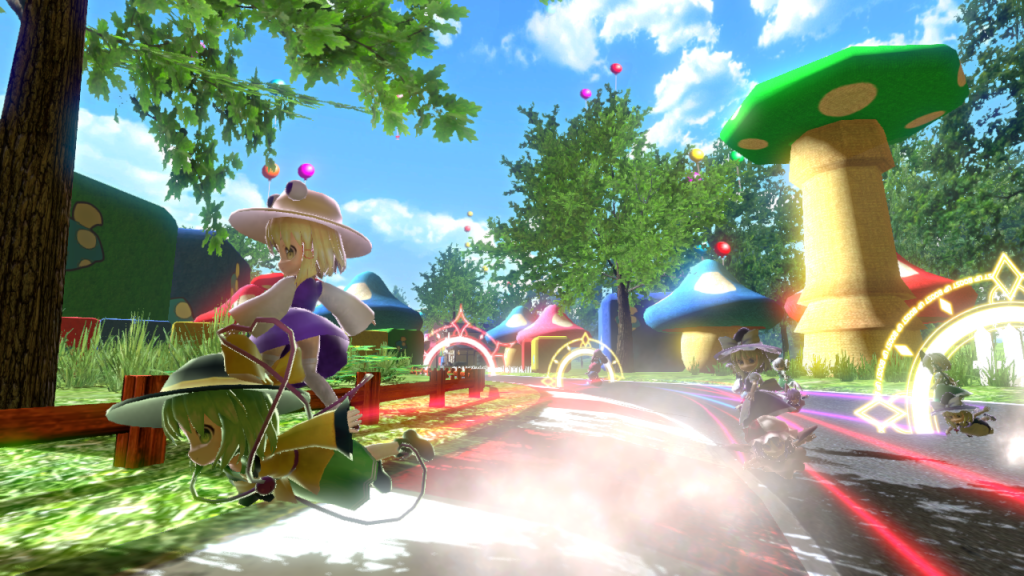 Gensou SkyDrift‘s magical racing features character swapping and a tiered magic system for highly customizable teams of racers from the acclaimed Touhou franchise. It will be available on Nintendo Switch and Steam on Dec. 12, with a PlayStation 4 release coming in 2020. For more information about Gensou SkyDrift, follow @UNTIESWORLD and read Crunchyroll’s complete coverage.