Fisher also notes there was a collaboration with an Engadget alumni to craft the story of WORLD OF HORROR:

Kozminski collaborated with Ubisoft scriptwriter (and former Engadget contributor) Cassandra Khaw, who’s worked on games like Wasteland 3, Sunless Skies and She Remembered Caterpillars, and wrote the horror novel Hammers on Bone. “Her background and insight into horrific mindsets has helped me flesh out the unsettling nature of the mysteries, characters, and items you’ll find in World of Horror,” Kozminski says. 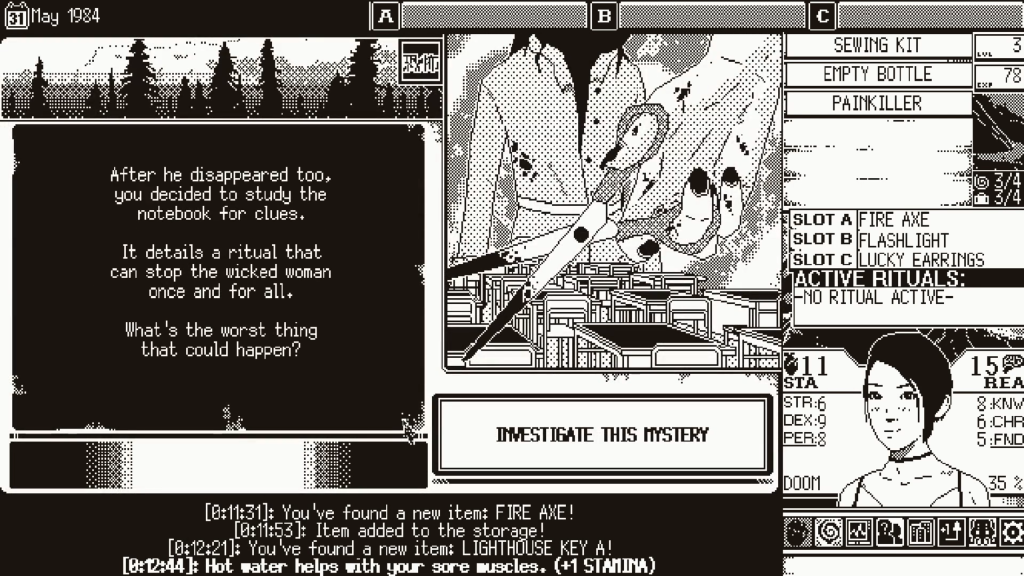 The full release will come to Nintendo Switch, PlayStation 4, and Steam for PC and Mac OS X in late 2020. For more information, visit the WORLD OF HORROR website,  official Discord, or follow @YsbrydGames and @panstasz on Twitter.