IGN Streams the First 23 minutes of WORLD OF HORROR

IGN got its hands on WORLD OF HORROR, the 1-bit roguelite with turn-based combat, terrifying cosmic old gods, and art that was made entirely using Microsoft Paint by one-man studio panstasz and publisher Ysbryd Games.

WORLD OF HORROR is currently out on Steam Early Access, headed for 1.0 release on Nintendo Switch, PlayStation 4 and Steam for Windows PC and Mac in late 2020.

To watch the macabre gameplay, visit the IGN official site. To learn more about WORLD OF HORROR, visit its official site and follow @panstasz or @YsbrydGames on Twitter. 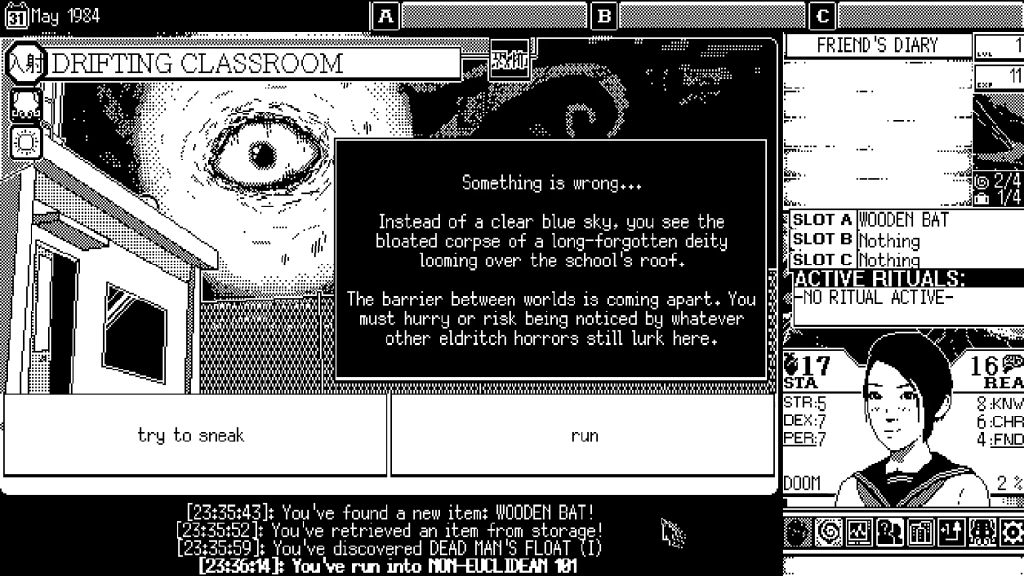