PC Gamer’s Andy Chalk shared the good word of 3D Realms’ Kingpin: Life of Crime remaster, Kingpin Reloaded, and details of its new features making it into this version.

Released in 1999 by Xatrix and Interplay, it was really violent and really profane—easily the most f-bomb-laden videogame I’d ever played up to that point—and had a run-down, grimy ambiance that was simultaneously kind of gross and perfect for the setting.

Kingpin Reloaded will support 4K and ultrawide displays, in classic and “enhanced” modes. It’s being “re-balanced and polished,” which is probably a good thing—it’s been awhile, but I have a vague recollection of some nasty difficulty spikes in the original—and the relatively extensive NPC interactions will be fleshed out with new quest and conversation systems, although details on how that will work weren’t revealed.

3D Realms’ Kingpin Reloaded page says the game will also offer a “No Violence” mode, if you wanted to do that for some reason. There will apparently not be a “No Swears” mode though, because that’d be silly. The old-school “Gang Bang” multiplayer is back, too. 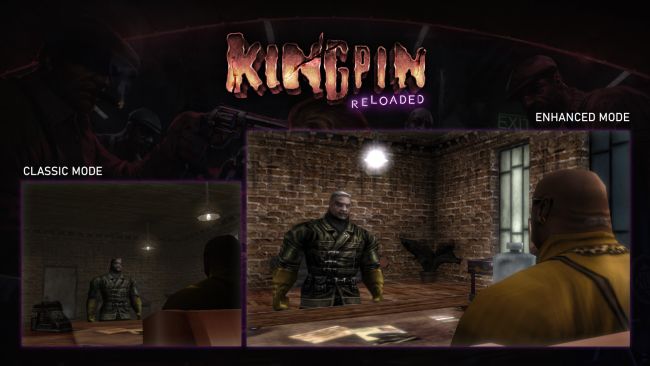