UploadVR’s Jamie Feltham explored the dreamlike landscape of Paper Beast, the poetic journey through a blossoming virtual world by renowned game designer Eric Chahi (Another World, From Dust), in a glowing review. Amidst its sandy valleys, snowy peaks, and eccentric wildlife, Jamie found a VR adventure nothing short of miraculous:

With Paper Beast, Eric Chahi goes for a holy trinity of VR development. It is a game not content with just one miracle, be it the authentic, almost documentarian approach to a virtual ecosystem, nor the technical milestones such a feat requires. Even its set of puzzles somehow emerge as a remarkably natural extension of its core themes and systems, creating a cohesive and curiously precious VR game to be preserved and savoured.

Paper Beast beckons explorers to a mysterious, virgin land born from lost algorithms and forgotten code. In story mode, interact with origami-like creatures to solve puzzles and uncover the truth of this alluring world. In sandbox mode, exert god-like control over an entire ecosystem, changing weather, manipulating terrain, and creating life to experiment with a highly detailed simulation. 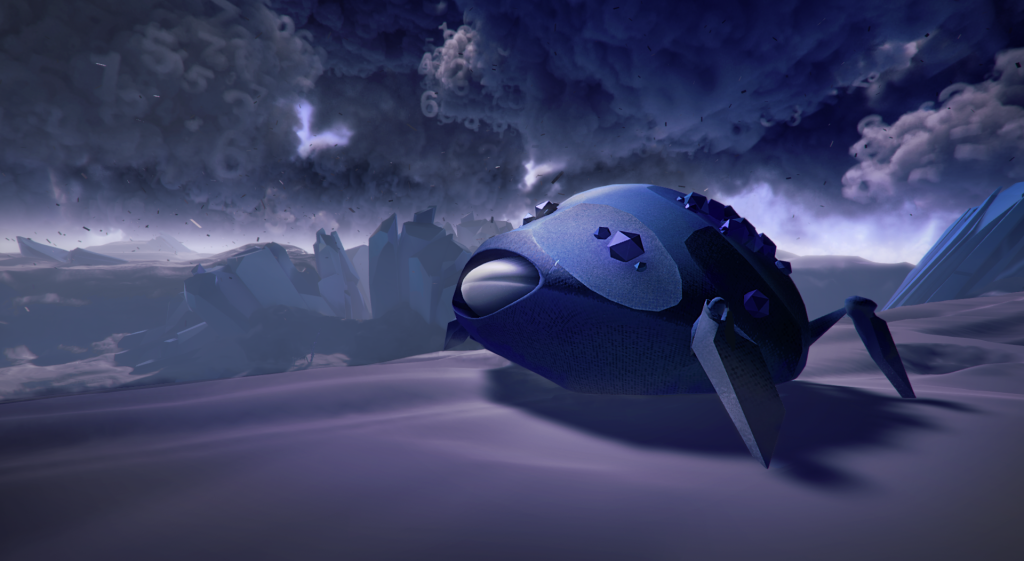