It debuts the flight-based gameplay, in which players zoom through rings, collecting power-ups and attempting to master each of the 10+ tracks. UNIVRS says its implemented its own motion sickness reduction tech into the game, so we’ll be interested to see how that integrates.

Perhaps more excitingly, though, VR Broom Racing seems to be pretty faithful to the Little Witch Academia anime. The series’ usual voice actors return both in Japanese and English. You’ll enroll as a guest student at the Luna Nova Witchcraft Academy and interact with them between races. Plus there will be online multiplayer modes for you to take on other students, too. 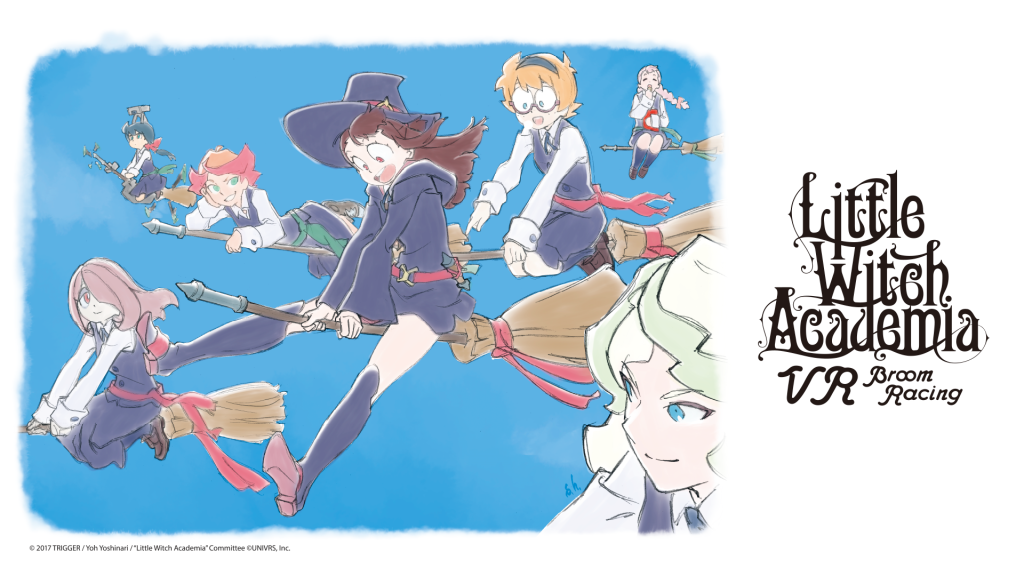