VICE’s Patrick Klepek got the chance to ask some hard-pinching questions with the mind behind Fight Crab, Masafumi Onuki, an arena brawler published by PLAYISM, in a recent interview, and discuss the inspirations behind this crustacean combat contest:

VICE Games: You could have made anything fight against each other. Why these poor crabs?

Masafumi Onuki: I actually believe the issue with most fighting games is that exact thought, “you can make anything fight against each other.” This leads to the actual physical features of the fighters not being reflected in the control scheme. By choosing crabs, I was able to implement a unique control scheme where the skill in controlling each of the crabs’ arms and pincers dictates the outcome of the match. It also allows for fighting action that is not seen in other fighting games with humanoid characters and the flattened shape of crabs makes for a very unique three count knockout system. 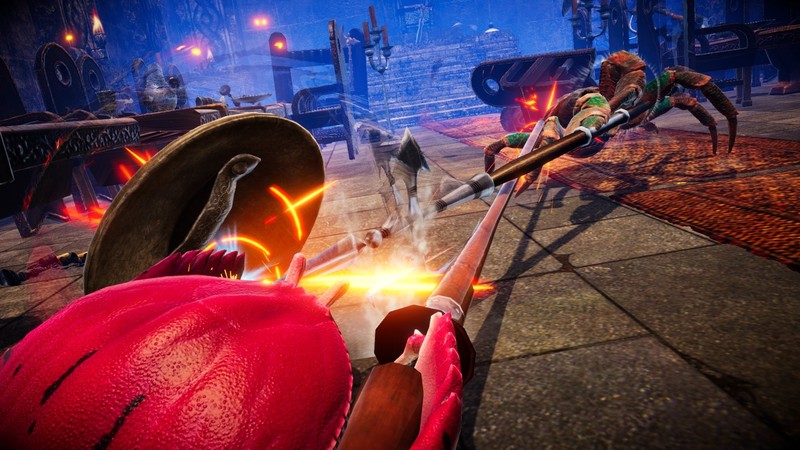