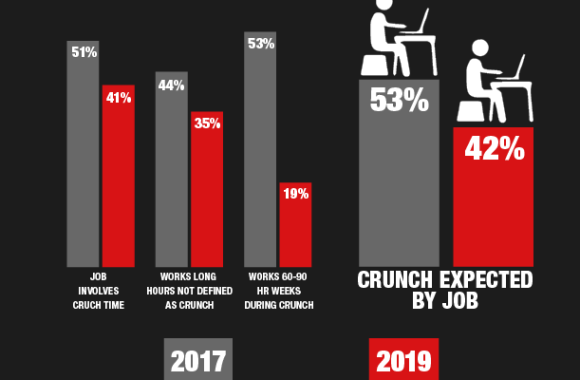 GamesIndustry.biz’s Rebekah Valentine took a look at the International Game Developer Association’s (IGDA) 2019 Developer Satisfaction Survey (DSS) results and broke down the comparisons between 2019 and 2017 respectively. 1116 people were surveyed, most of whom were primarily game developers, though others were included who make games as a small portion of their work or who […]