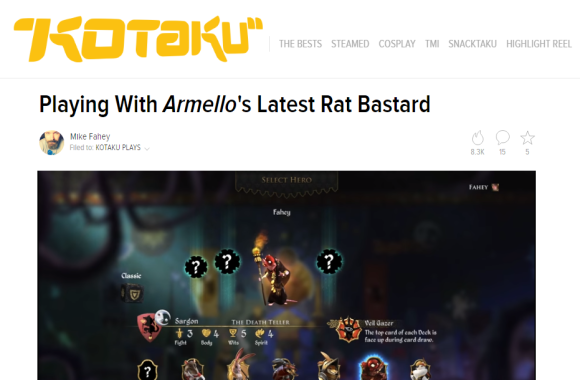 Mike Fahey plays The Usurpers Hero Pack, the first major DLC for League of Geeks’ Armello on Kotaku Plays. The video debuted one of four new heroes included in the DLC, Sargon, as he fights to claim the king’s throne. The Usurpers Hero Pack is available now on Xbox One, PlayStation 4 and Steam (PC/Mac/Linux). […] 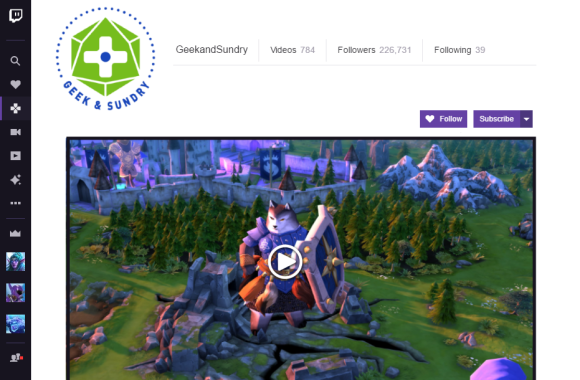 The Usurpers Hero Pack, the new DLC for League of Geek’s Armello, was featured on Geek and Sundry’s The Pit Crew live broadcast. Armello is a fantasy digital board game that merges the deep tactics of card games with the rich strategy of table top, all combined with a character role-playing system. To watch the […]