PC Gamer reports that Trailmakers, the vehicle-building adventure from the Press Play, Rare, and IO Interactive veterans at Flashbulb Games, is coming to Early Access on January 1st after a free weekend.

Flashbulb says the Early Access build will feature three game modes. Creative mode is singleplayer and gives you infinite resources to build the car-plane-thing of your dreams. There are over 40 vehicles parts in total, including a “transformer part” that lets you switch forms mid-drive. Expedition mode is also singleplayer, but comes with a specific goal: reach the other end of an obstacle-laden island. So, you have to design a vehicle capable of scaling cliffs and clearing gaps, and then drive it yourself.

The third mode is Dethroned, a multiplayer mode described as a “fusion of capture the flag and king of the hill.” Up to four players can queue into a match to built battle vehicles and crash them into each other in the noble name of science. Flashbulb reckons their “physics-over-network” tech will keep matches “synchronized perfectly between players,” which is a bold claim for an Early Access game. 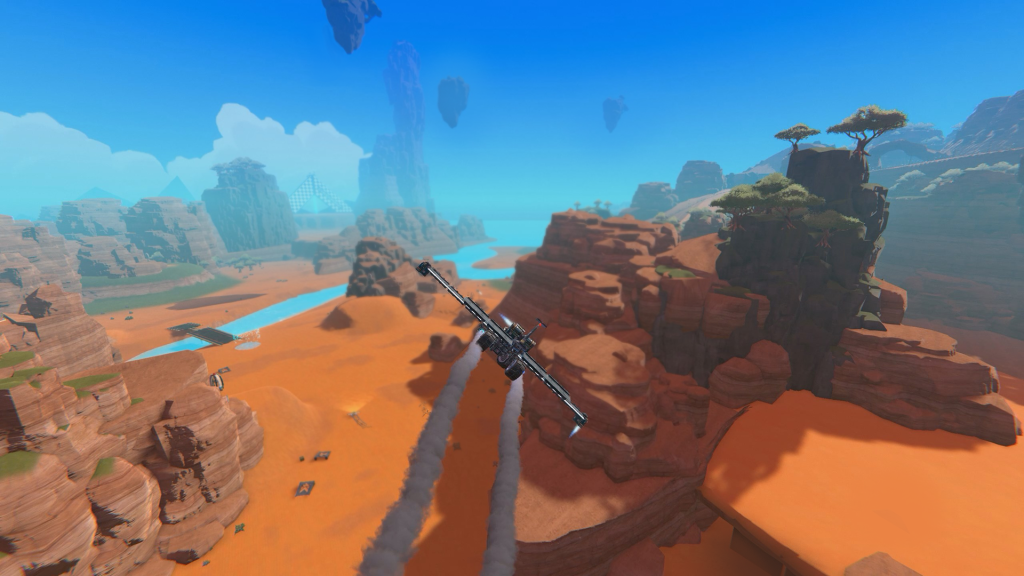