Pocket Gamer Has the Rundown on Action-Platformer Cracked Crusaders

Pocket Gamer’s Stephen Gregson-Wood has the scoop on Webbysoft‘s new mobile fast-paced action-platformer, Cracked Crusaders, which is available now on iOS and Android.

In his coverage, Stephen outlines some of the many fast-paced challenges players will face in Cracked Crusaders.

There’ll be over 100 levels to tackles in the dungeons of Limsburg full of hazardous traps like spikes and swinging axes. There’ll be sentient dangers to contend with as well with knights, giant bats and yetis included amongst the enemies you’ll face. At the heart of each of dungeon, you’ll find bosses that will test your skills the most, with some filling the entire screen.

To stay competitive you’ll need to purchases upgrades for your character so that you’re better equipped to delve into the deepest parts of the dungeons. You’ll find different types of weapons to suit various playstyles, elemental effects and additional equipment such as double jump boots to make navigating the different areas a little easier.

Cracked Crusaders promises a 10-hour campaign with story-based cutscenes being played out through comic book-style panels. There are also 300 starts to collect through the game with a bonus ending acting as a reward for those dedicated enough to collect them all. 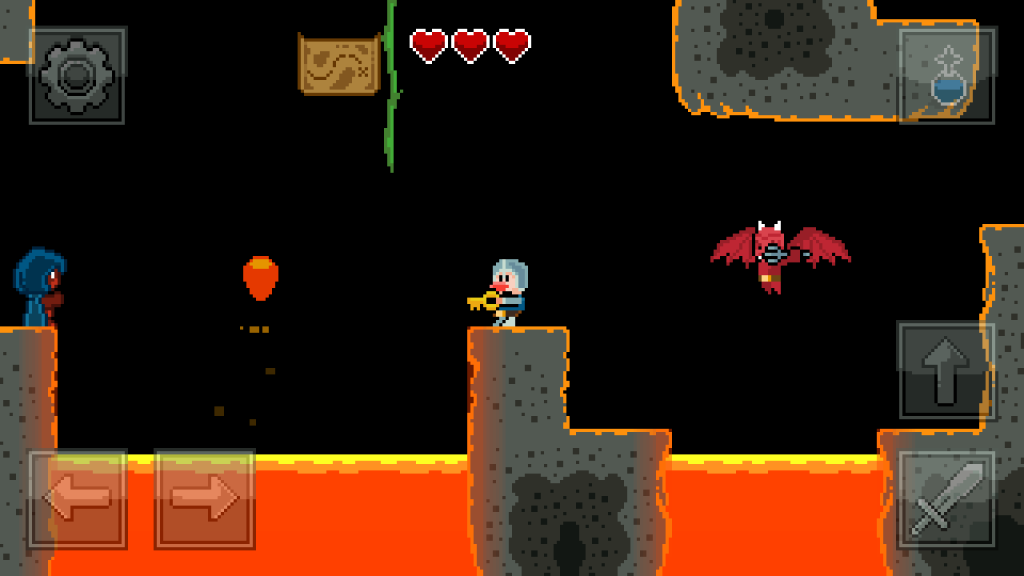