Giant Bomb took a Quick Look at The Station, the first-person sci-fi mystery from veterans with credits including Kingdoms of Amalur: Reckoning, BioShock Infinite, and League of Legends. Soon after the discovery of a sentient alien race, three researchers are sent to observe their behaviors. After finding out they have a penchant for violence, the stealth station the researchers are on goes dark, and communication with their home planet ceases. Players take on the role of a recon specialist sent to uncover what happened to the crew.

Some highlights from the Quick Look: “This game has some pretty clever writing as well as some genuinely chuckle moments.” “Well it’s cool that they made the station as groovy as possible.” We agree: just look at those colors! We can only hope exercise bikes look that cool in the future.

The Station is available now on Windows, Mac, Linux, Xbox One, and PlayStation 4. 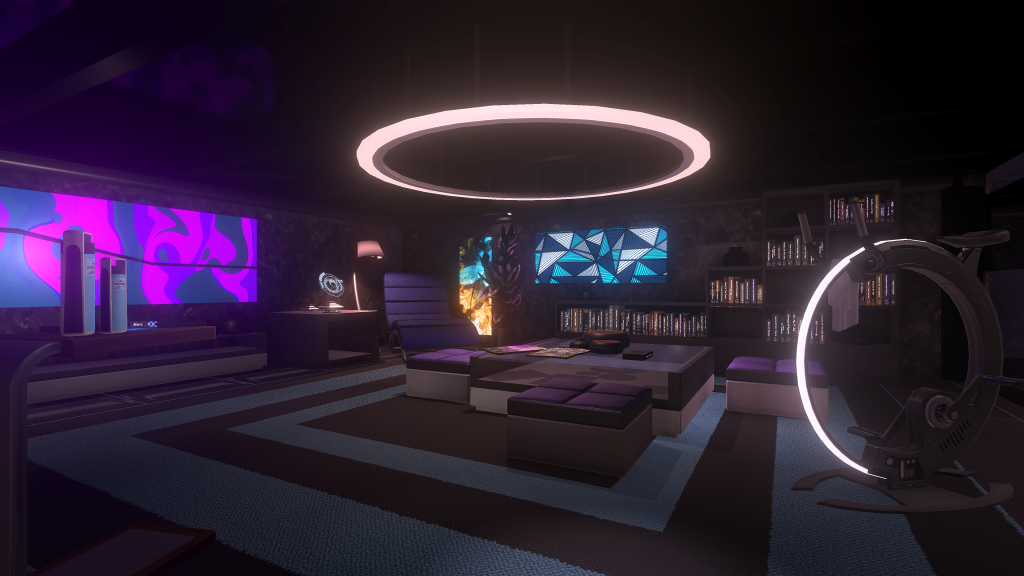