IGN Prepares To Get Funky With ToeJam And Earl This Fall

IGN’s Adam Bankhurst recently reported HumaNature Studios‘ ToeJam and Earl Back in the Groove comes to consoles and PC later this fall. The funkadelic action roguelike series has a beta available for Kickstarter contributors who donated $60 or more. Adam talks about fourth entry into the ToeJam and Earl series and highlights the game’s classic multiplayer here:

This fourth entry in the series will play similarly to the original Toejam & Earl, but will include features from Panic on Funkotron, including the “Jam Out” rhythm-based mini-game. It will feature nine playable characters and local and online play with up to four players.

Funk on back to the ’90s with ToeJam and Earl Back in the Groove later this fall on consoles and PC! Check out Adam’s full article here and be sure to visit the ToeJam and Earl website here! 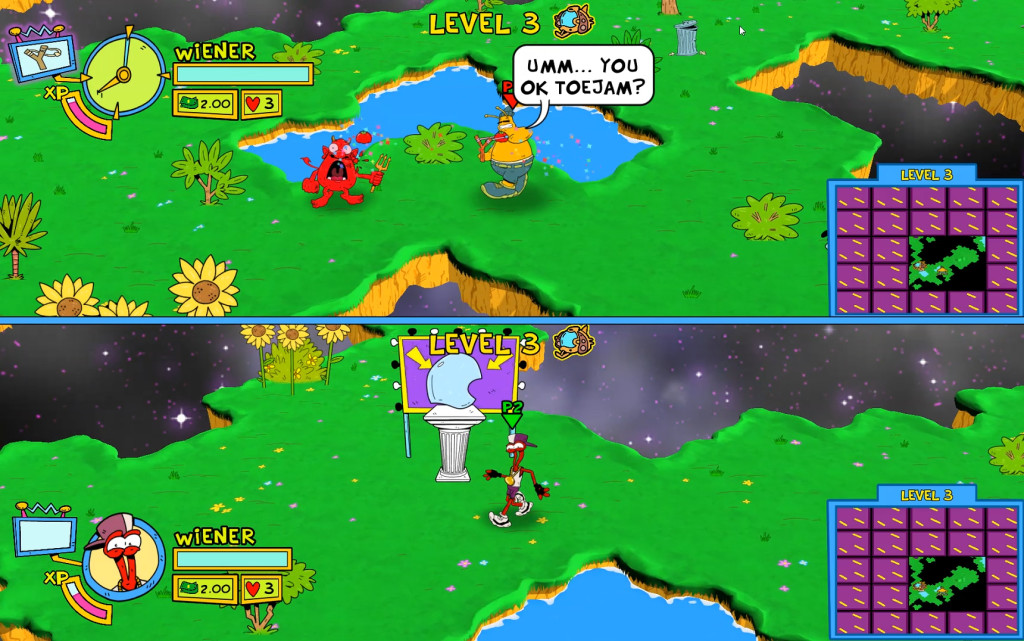