God of War Breaks Record With 16 NAVGTR Awards, Will Appear at PAX East 2019

Game Revolution’s Adam Speight shared record-breaking news about God of War, the series reboot and action-RPG masterpiece from Santa Monica Studios. God of War is the first video game to win 16 awards in one year from the National Academy of Video Game Trade Reviewers (NAVGTR). As Speight explains, God of War bests the previous record of 15 awards held by The Last of Us since 2013:

NAVGTR is a non-profit awards organization of 1,100 media voters and 8,895 subscribers that honors achievement in video game art, technology, design, and production. The 2018 NAVGTR award winners will be honored at PAX East 2019 in the War of Awards ceremony.

For more information about NAVGTR and a full list of award winners, see the official NAVGTR website. 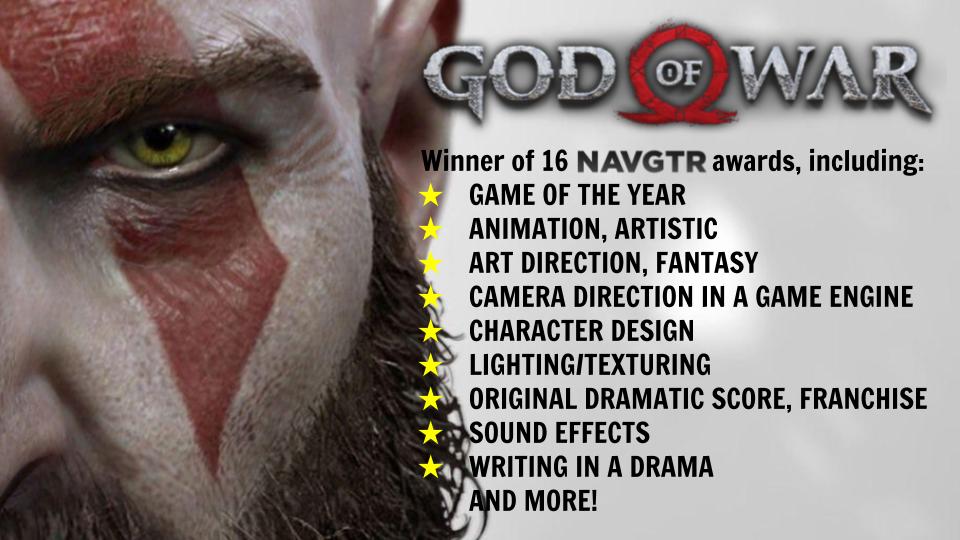