Rad wakes up in a world spliced together from some of his favourite games, and that old grey console has suddenly turned sentient, spurted a pair of spring-loaded arms and picked up a vocabulary that’s likely to turn the air various shades of blue. Dusty is voiced by none other than Jon St. John (AKA: Duke Nukem) after all, so you know you’re getting a voice born to offend. With a giant gun at his disposal and Dusty strapped to his back ready to whack anything that gets close, Rad sets out to shoot everything that dares to move.

Rad Rodgers: Radical Edition is available now on the Nintendo Switch for $29.99. Check out the full review on Nintendo Life here and don’t forget to visit the Rad Rodgers website for more information. 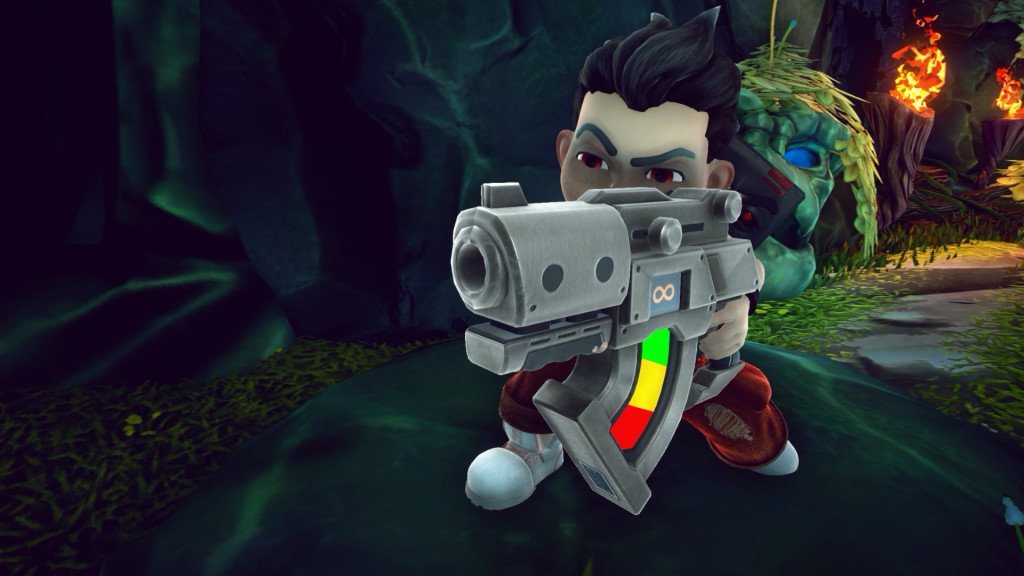