Eurogamer Summons the News of WRATH: Aeon of Ruin

Eurogamer discovered some news in the ruins of the Old World: WRATH: Aeon of Ruin, a dark fantasy horror FPS powered by the original Quake engine from 1C Entertainment and 3D Realms in collaboration with developer KillPixel, resurrects classic FPS action on PC, Mac, and Linux this summer, and on console early next year.

Author Matt Wells runs down what to expect from the five realms of WRATH:

According to KillPixel, Wrath: Aeon of Ruin is designed around a hub-word that encourages exploration and non-linear progression. There are five worlds in total, taking players on a bullet-spraying dance of death through the likes of sunken ruins, ancient crypts, and corrupted temples, and new areas can be reached by uncovering keys hidden in shadowy corners. More judicious searching might even reveal lore and “desperately-needed armaments”. 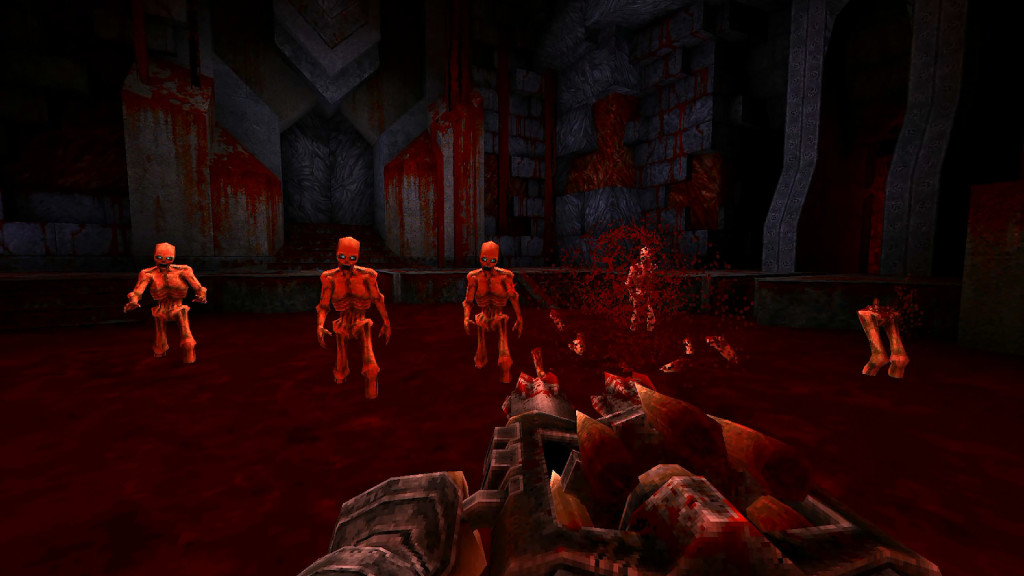 Read the full article on Eurogamer. For more information, please explore the official websites for WRATH, 1C Entertainment, KillPixel and 3D Realms or follow the game on Twitter, Facebook, and Discord.