Rock Paper Shotgun’s Dominic Tarason recently touched down to share news about Astroneer, the accessible interplanetary survival sandbox from System Era Softworks, and its new Lunar Update. Tarason broke down the Lunar Update’s features and how it commemorates the 50th anniversary of Apollo 11, writing:

To celebrate the fiftieth anniversary of the Apollo 11 lunar mission, space science ’em up Astroneer has turned its attention a little closer to home in a big update and time-limited event. Available now and running until August 31st, System Era Softworks are sending players to the barren moon of Desolo to search for the NASA lunar lander. Players who discover the old relic will get a chance to pose for a photo opportunity (using its still-functioning TV cameras) and unlock some commemorative goodies. 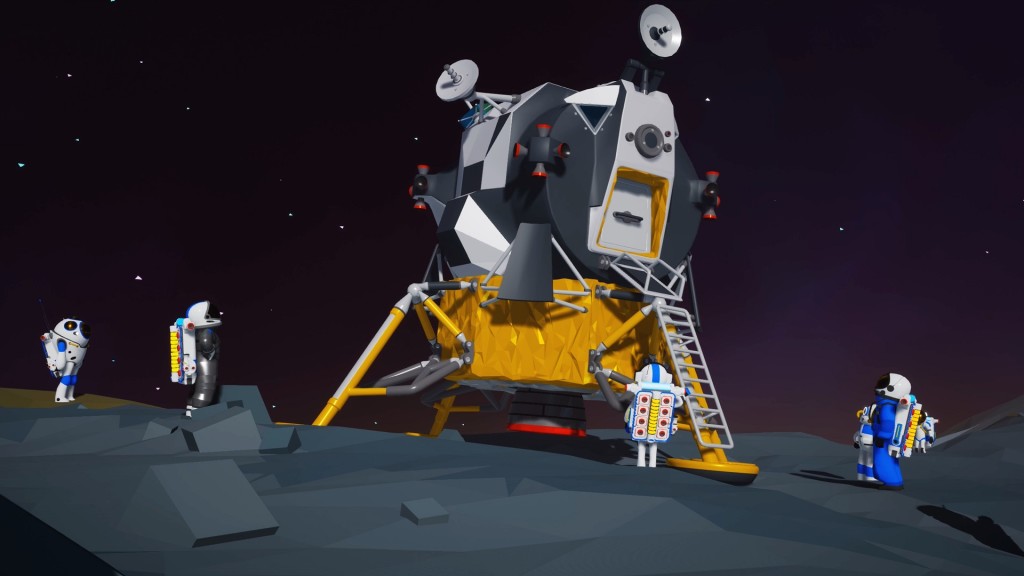 Tarason also pointed out that the Lunar Update is “a good reminder of what actual space science looks like.” Astroneer is available on Xbox One and Steam for Windows PC. For more information, visit the official Astroneer website and read Rock Paper Shotgun’s complete coverage.