EarthNight One of US Gamer’s Coolest Games On Apple Arcade

US Gamer’s Caty McCarthy’s covered the launch of Cleaversoft’s EarthNight on the AppleArcade for iOS, Apple TV and Mac, naming it one of their favorite titles on the new platform.

McCarthy had nothing but praise for hand-drawn action platformer set during the dragon apocalypse:

Earthnight has a look to it. (I mean really, look at the header art up top, that’s it!) On pen and paper it’s another runner, but in action, it’s so much more. It blends 2D art with a 3D world, with 16-bit sounding music soundtracking it all. In addition to your usual runner-platformer expectations, you also fall through the sky to land on dragons. It’s a strange premise, but aesthetically, it really pops. I can see this becoming a go-to commuting game when I need something to keep my thumbs occupied while I listen to podcasts.

Set in a future where dragons have conquered the Earth, take control of Sydney or Stanley, on their quest to return home to the Earth’s surface. Run along the back of fearsome dragons packed with procedurally-generated perils that could knock the heroes to their demise, unlocking upgrades to make the heroes stronger and more agile against ever-stronger dragons.

EarthNight is available now on Apple Arcade and will come to Nintendo Switch, PlayStation 4, and Steam for PC later in 2019.  For more information about EarthNight, please visit the official website and join the Cleaversoft community on Twitter and Facebook. 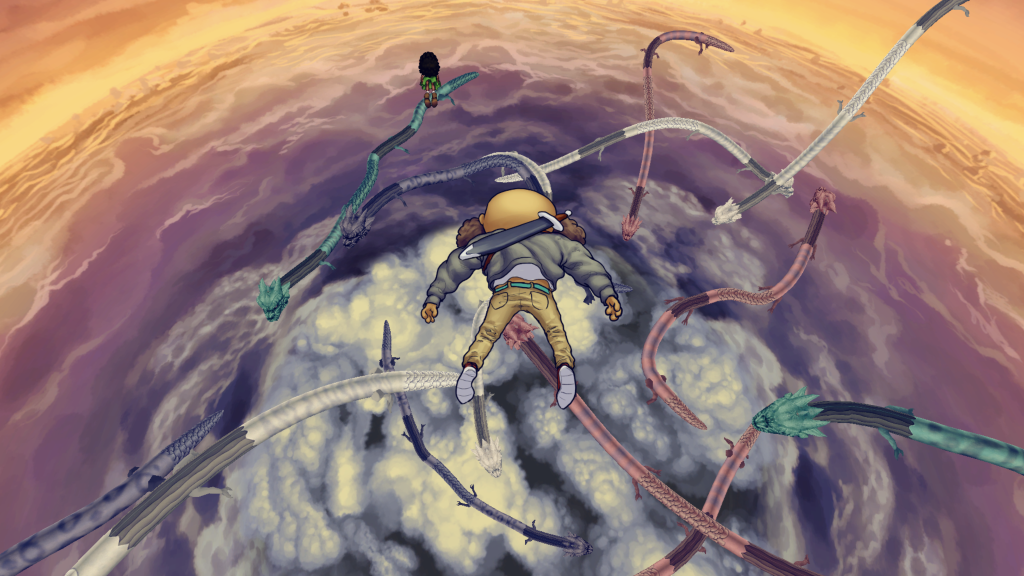