EGM Interview: Sukeban Games on Creating a Game During the Crisis in Venezuela

EGM’s David O’Keefe spoke with Fernando Damas from Sukeban Games at PAX West about the studio’s next title, N1RV Ann-A, and the difficulty of developing a game during the crisis in Venezuela.

Thanks to the sales of VA-11 Hall-A, Damas was able to uproot and move to a new home in Japan where he enjoys greater stability—but at a cost. His family and friends are still back in Venezuela. He not only routinely fears for their safety, but struggles with the emotional toll of being physically isolated from them.

Electricity was rarely a continuously available commodity during the development of VA-11 HALL-A. Damas recounted a story about his mother, a hairdresser, who was forced to mold her shop’s schedule around city-wide blackouts.

Sometimes power outages were announced in advance. Others would unpredictably plunge everyone into an abyssal darkness. When they were predictable, Damas and the rest of Sukeban could at least schedule a time to work on the game. When outages happened randomly, it was chaos for the team. Adaptation was all anyone could strive for in the short-term. Extreme poverty and frequent blackouts became facts of life as routine as sunrise and sunset.

They had to keep hush-hush about VA-11 Hall-A’s success. Kidnapping is a major concern according to the previously mentioned OSAC report, as well Damas himself. If the wrong people catch wind of your newfound success, that makes you a potential target to be ransomed.

Sukeban tried to not flaunt its success, especially given that some of the game’s themes might be interpreted as political dissent, but word still managed to slip out. “That, in the end, did nothing. We kept a low profile and we still got in a lot of trouble,” Damas said. He elected not to elaborate on the nature of the trouble due to ongoing safety concerns.

Despite the upheaval, the unimaginable stress, the heartbreak of seeing his home in a downward spiral, and having to leave it behind, he said that he will not compromise his art. If anything, it is more vital now than ever for him to speak truth to power through his work. 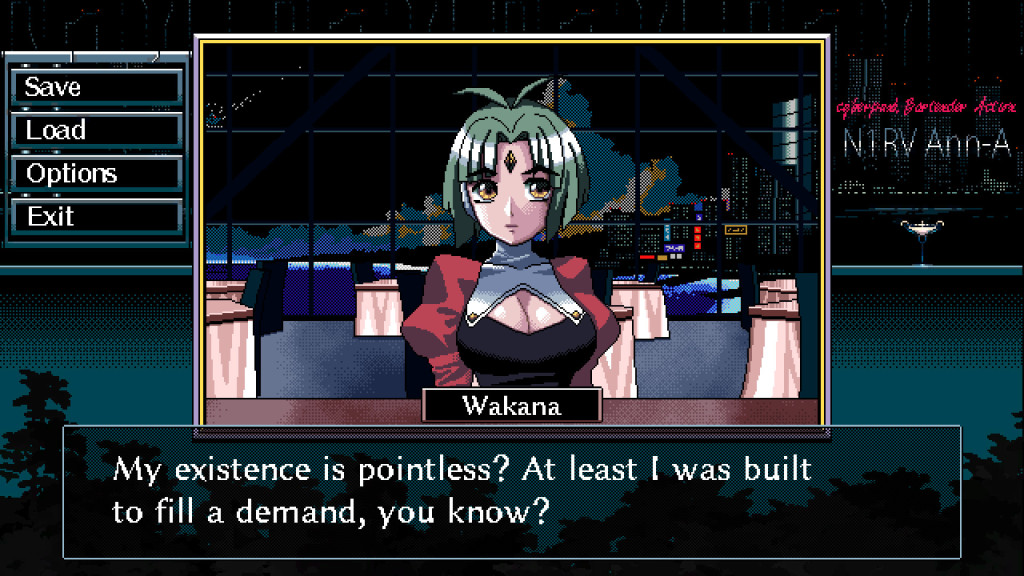