TheGamer’s Patrick Kobek published a review for Northgard‘s new Nintendo Switch version, praising it for “intuitive” controls, along with multiple playstyle options and awarding it a 4/5 rating.

A great part of this game is that while the gameplay is solid and diverse, players have various options for how to play the game. The story mode is engaging and a great way to learn the ins and outs of the game. Campaigns have specific objectives to meet before moving on, and I found that completing the main story was satisfying. Replayability of the story is quite high, since new objectives are unlocked after defeating a level.

Following this, players can choose to play a single-player match against AI-controlled opponents of varying levels of difficulty. Here again, we see a similarity to the Civilization series, as players can win through several conditions:

This mode is what I found to be the most enjoyable for repeat plays because much like Civilization, the different victories require completely different strategies, and my early attempts at non-Domination often saw my villages overrun by an opponent due to a lack of defenses.

Overall, the game feels like it is in a good place. The RTS genre does not normally lend itself to enjoyable experiences when it cannot be played with a keyboard and mouse, but Northgard feels right at home on the Switch. The blend of RTS with elements that are reminiscent of Civilization may not be innovative, but it does ensure that Northgard has a good amount of replayability either alone or with friends. 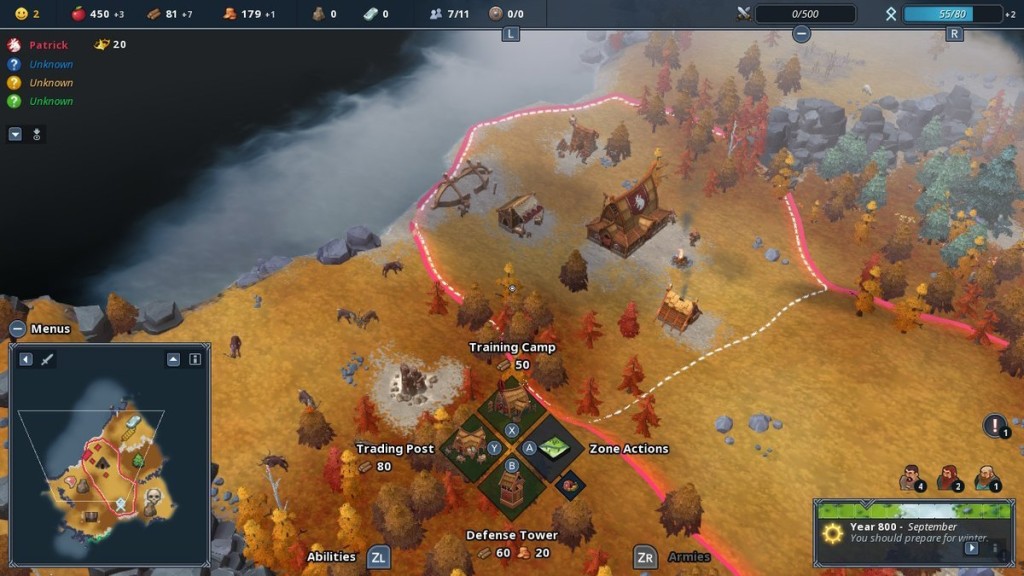