PC Gamer’s Jody Macgregor talked about new content available now on PC for Speaking Simulator, the hilarious game about an android struggling to infiltrate human society developed by Affable Games. Jody explains a bit of the new co-op feature in his own words:

In a recent update, Speaking Simulator patched in co-op multiplayer so you no longer need to be alone while suffering social anxiety and having sparks fly out of your malfunctioning eye sockets. As developers Affable Games put it, “Harness the power of 100%-real-human-friendship and cooperatively seduce Karen from HR.” They note that this couch co-op feature also works via Steam Remote Play, which is helpful for those who are self-isolating right now. 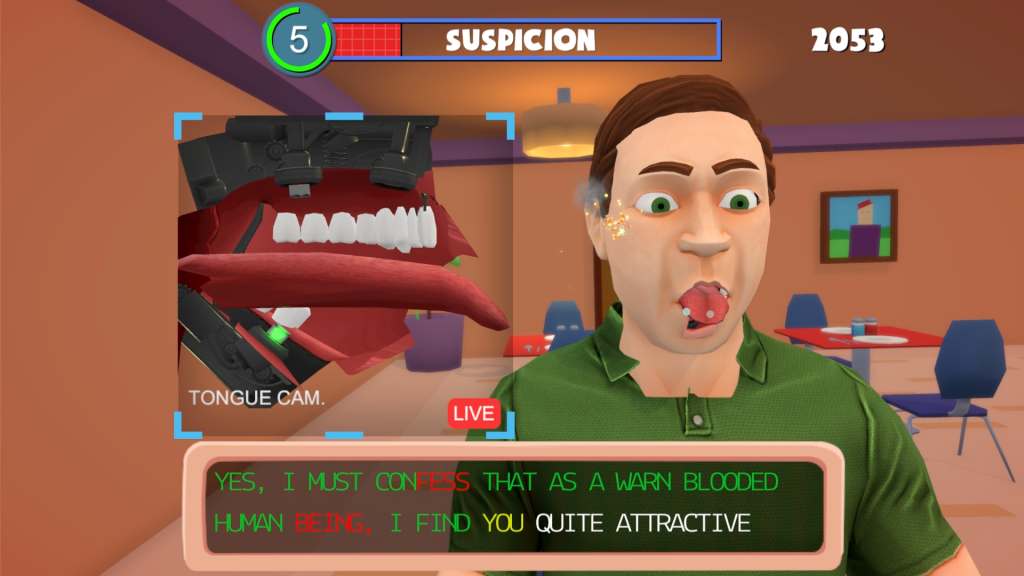 Speaking Simulator is available now on Nintendo Switch and PC via Steam for $14.99. To learn more about the game, please visit its official website and check out PC Gamer’s full coverage here.