Fairytales serve as important cultural touchstones. The adventures of Alice, Cinderella, and Red Riding Hood connect generations with their exciting and memorable stories. But in SINoALICE,  the mobile fantasy battle RPG from NieR and Drakengard creator Yoko Taro, familiar fairytale faces converge in a gritty clash.

Kotaku’s Mike Fahey pored over SINoALICE following its recent worldwide launch on iOS and Android devices, exploring the characters and settings featured in the dark fairytale. Fahey found the game’s world to be “terrifically twisted,” while praising the interconnected stories featured throughout.

This is the world of SINoAlice, a terrifically twisted land somewhere between the real world and fiction, hosted by a pair of spooky marionettes who might be doing a little string-pulling of their own. Here Alice, Snow White, Cinderella, Gretel, Sleeping Beauty, Little Red, Princess Kaguya, and Pinocchio battle to restore the lives of their authors.

Each character has their own story, told via turn-based battles and cutscenes. The scenes are mainly text, but it’s super creepy text, full of disquieting dialogue displayed in dramatically different font sizes. 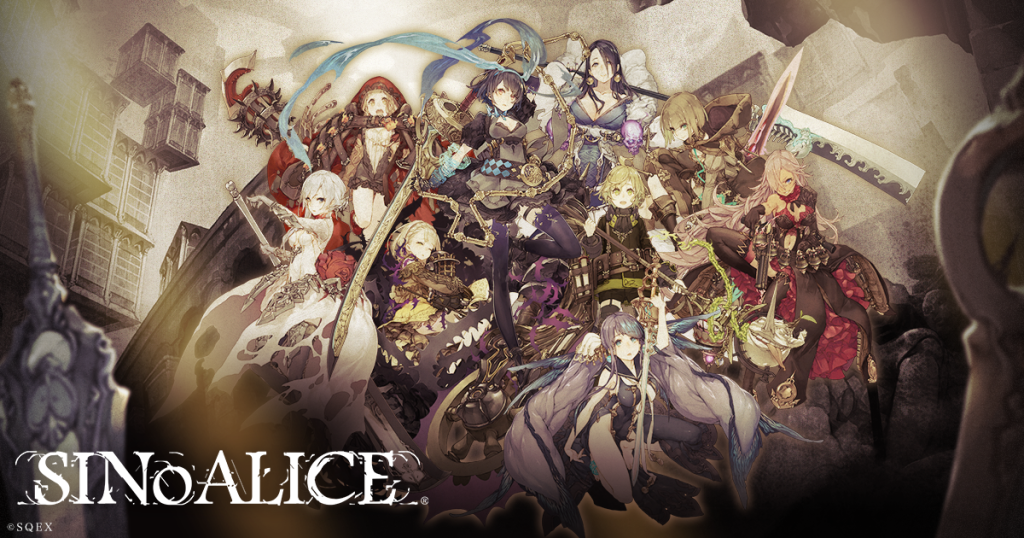 SINoALICE‘s dark take on fairytales is out now worldwide. For more information about the game, visit the official SINoALICE site and follow it on Facebook and Twitter. Read Kotaku’s full story here.