As part of the Automata crossover, 2B and 9S will enter the dark world of SINoALICE, where all manner of fantasy characters reside. You’ll be tasked with taking down Automata’s Beauvoir, who you might remember is fought during the abandoned amusement park level. Weapons from the NieR series will also be on offer during the event. Both crossovers will serve up original storylines, with the RepliCant event featuring Kaine, Emil, Devola, Popola, and a younger NieR.

Over 2 million players have pre-registered to play SINoALICE, which is currently set to launch for iOS and Android on July 1st. Naturally, there are tons of milestone rewards up for grabs, including 200 twilight crystals, 100,000 gold, a limited-edition Sleeping Beauty class, weapon upgrades, and more. 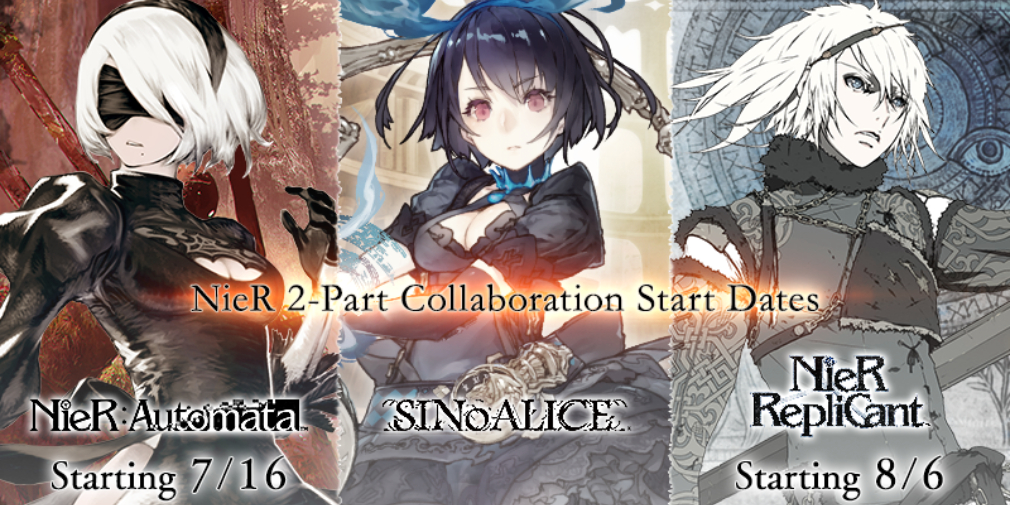