UploadVR shared the latest trailer from ALTDEUS: Beyond Chronos, the sci-fi, anime-style mecha adventure with a twisting narrative from VR veterans MyDearest Inc., ahead of the highly-anticipated launch in Q4 2020. UploadVR’s Jamie Feltham gave mech fans a little taste of the story and what’s new in the sequel:

First up, the sequel is set 300 years after the events of the first time, casting players as a survivor in post-apocalyptic Tokyo. You follow Chloe, a supersoldier that fights to protect humanity while hiding secrets of her own. Standard visual novel stuff, then.

Here’s the two key changes, though. First, there’s more interactivity in this sequel. The trailer shows cockpit mech battles that could well still play out in a scripted way, but at least get players interacting with some UI elements. The original game had you simply tapping through text, at least for its opening few hours. 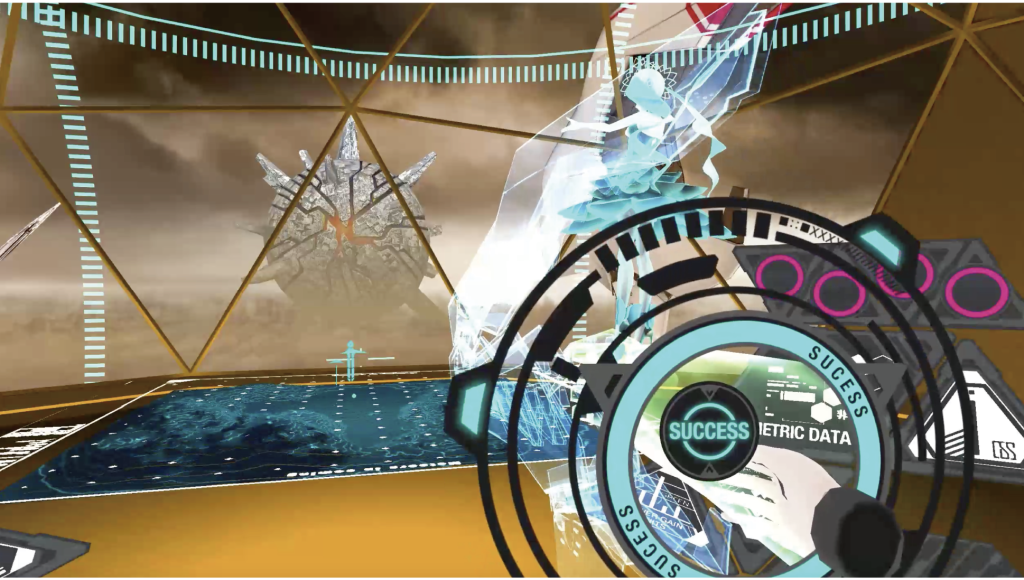