The direction is impressive right from the start, visuals look like a quirkier Sea of Thieves and it’s combat feels like a slightly better version of Skyrim. The developers wanted to strike a balance between emulating Indiana Jones and Bioshock and they hit that target spot on. Enemies have a similar to structure to different humanoid opponents in Bioshock and when combined with the first person perspective it felt like you were in Rapture’s sister city.

Venture into an accursed mythological metropolis as a thief in search of fabled treasure. Armed with a versatile bullwhip and trusty blade, lash-and-slash through an army of the undead while looting relics and other riches contained within the city’s labyrinthine walls. 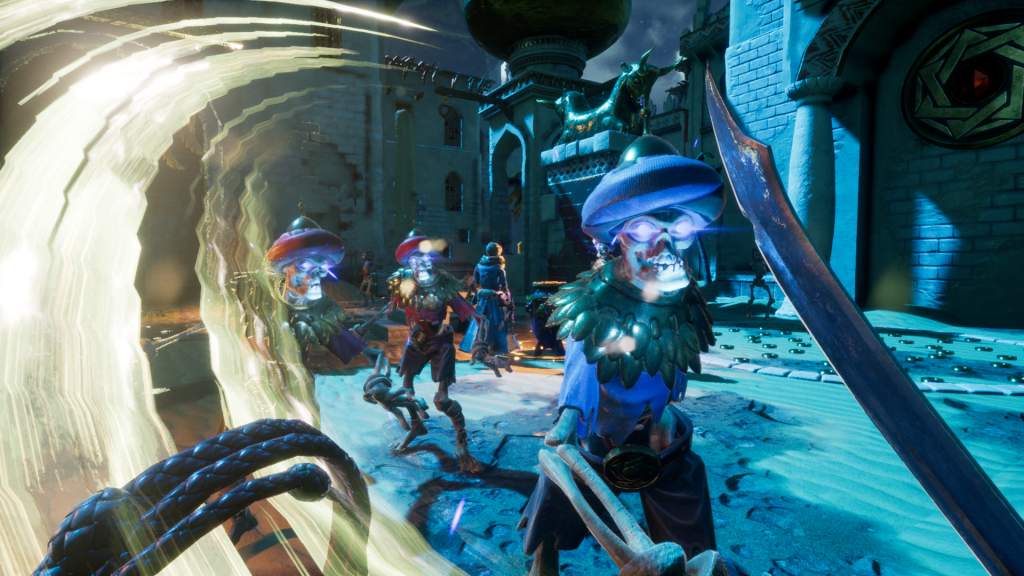